Trooper Charged in Brandon Ellingson's Death Has Finally Been Fired 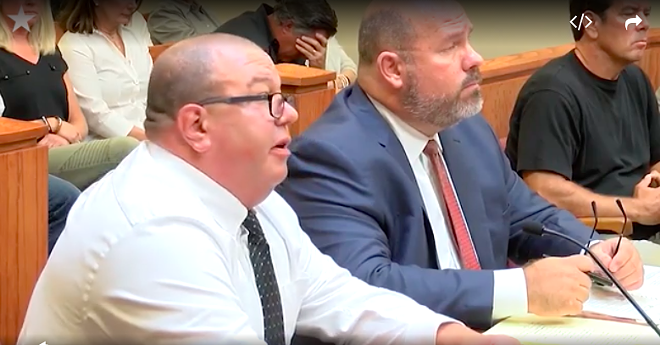 Six months after trooper Anthony Piercy pled guilty for his role in the drowning death of an Iowa college student, he's been let go from the Missouri Highway Patrol.

The state police force's termination of Piercy, first reported by the Kansas City Star, comes three and a half years after Brandon Ellingson was killed in the Lake of the Ozarks while in Piercy's custody.

“The board concluded that Trooper Piercy violated the policies of the Missouri State Highway Patrol, and that his actions warranted discipline,” Col. Sandra K. Karsten wrote in an email to Ellingson's father, according to the Star. “The final decision regarding discipline of Patrol employees rests with me. Therefore, I am informing you Trooper Piercy’s employment with the Missouri State Highway Patrol was terminated effective December 15, 2017.”

Ellingson, 20, was operating his family's boat when Piercy pulled him over and placed him in handcuffs, planning to take him to shore on suspicion of boating while intoxicated.

But as the RFT reported in a 2015 cover story, Piercy had little experience patrolling the water. When the boat hit a patch of wake, Ellingson was thrown from it and his life jacket slipped off. Even though the young man was now handcuffed, witnesses told the RFT, Piercy seemed in no rush to retrieve him. After minutes in the water, Ellingson drowned.

Ellingson's family would later accuse the highway patrol of a coverup. Among other things, Piercy's supervisor would later report that Piercy had acknowledged using the wrong type of lifejacket — and admitted to him going faster than he would later tell investigators. (After he told his story in a deposition, Sergeant Randy Henry was subsequently demoted and fired. His lawsuit is still pending.)

In November 2016, the Ellingson family settled with the state for $9 million.

Piercy was placed on unpaid leave while he fought a charge of involuntary manslaughter. Finally, in June, he pled guilty to negligent operation of a vessel, a misdemeanor. He was given a shock sentence of ten days in jail, plus 50 hours of community service and two years of supervised probation, as the Kansas City Star reports.

The Missouri Highway Patrol declined to confirm Piercy's termination to the Star.