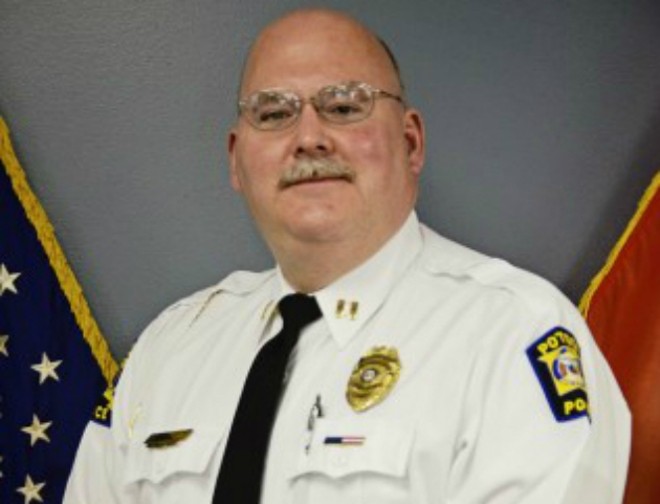 A Potosi cop and his wife stole money from an ambulance service and used the profits for a variety of personal expenses, including gift cards, a Def Leppard album and lacy thong underwear from Walmart, federal prosecutors say.

William "Mal" Gum, a captain with the rural Missouri police department, was the administrator for the Washington County Ambulance District until he retired in February. His wife, Charlena "Charli" Gum, also worked for the service.

The organization had been started more than three decades ago by Mal Gum's parents as an offshoot of their funeral home. Its headquarters sit on a road named after his late father in Potosi, a tiny town of about 2,600 people about 70 miles southeast of St. Louis. Mal Gum became the service's first administrator in 1981, a post he held until his retirement.

Federal prosecutors with the U.S. Attorney's Office say Gum had been ripping off the district for more than a decade.

An investigation conducted by the FBI and Jefferson County Sheriff's Office revealed he secretly and illegally increased his salary around the beginning of 2007, which also inflated his benefits.

Between 2012 and 2016, Gum also used the district's money to cover health insurance for his family, prosecutors say. Investigators calculated the insurance premiums cost the service more than $20,000 during those five years.

He and his wife used the district's credit cards to buy more than $5,000 worth of gift cards and merchandise from Walmart, according to an indictment. In November 2014, on one of the many Walmart visits listed by authorities, the 58-year-old Gum allegedly bought a $25 iTunes gift card and CDs recorded by the hair metal bands Journey and Def Leppard.

Investigators traced more than a dozen Walmart visits in 2014 to 48-year-old Charli Gum, prosecutors say. She is accused of buying multiple gift cards, hair spray and clothing. During a shopping trip in September 2014, she bought "lace thong underwear, a bra, a knit top, and other personal items and groceries in the amount of $117.80," the indictment says.

The couple was discovered after the ambulance district's board replaced Gum with a new administrator, Justin Duncan, in February. Duncan says he soon noticed problems with the organization's accounts.

"We were just going through the books, and they didn't match up," he tells the Riverfront Times.

He says he took his concerns to board members, who approved a forensic audit. When auditors confirmed there was missing money, Duncan and the board turned over their findings to Jefferson County Sheriff's deputies and ultimately the FBI. This morning, Duncan learned of the indictments against the Gums.

"We were saddened but not surprised," he says.

In the months since Gum left his position with the ambulance service, Duncan says the district has tightened up its bookkeeping and implemented new checks and balances to ensure more than one person is overseeing their accounts.

Gum, meanwhile, is still listed as a captain on the police department's website. His son, Michael Gum, is the department's chief.

A department employee told the RFT that Chief Gum was not in the office today and could not be reached. She declined to say whether Mal Gum was still employed there.