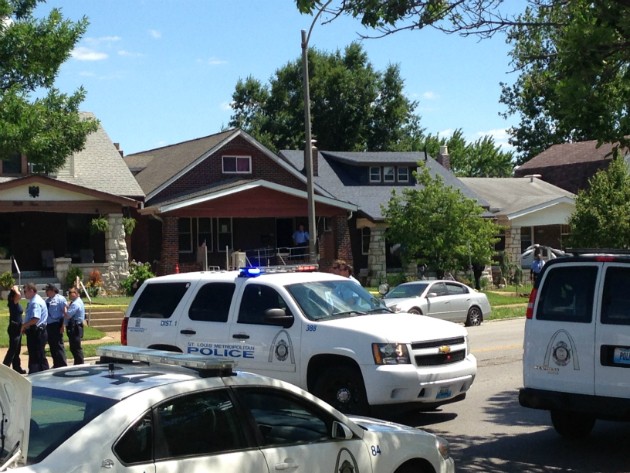 Vice News spent the past nine months gathering years' worth of data on officer-involved shootings from the nation's 50 largest forces. The herculean effort revealed that there are more than twice as many incidents nationwide as previously thought — and St. Louis stands alone when it comes to shooting people.

City cops shot a yearly average of more than five people per 100,000 residents from 2010 to 2016. That's nearly double the rates for Chicago, New Orleans and Philadelphia — the next three departments on the list.

"Policing is a dangerous job and often requires officers to make split-second decisions," the St. Louis police said in a statement to the Riverfront Times. "While the numbers you referenced in your inquiry paint a picture, you must take into account the circumstances, and examine each incident on a case by case basis."

The statistics include fatal and non-fatal shootings, numbers that are hard to come by because officer-involved shootings don't get centrally reported and tracked at the national level like homicides or robberies. Media outlets, including the Washington Post and the Guardian, have begun trying to fill the information gap by tracking deaths, but Vice's effort, with its focus on all shootings, not just fatal ones, is an attempt to broaden the scope.

We calculated overall police shootings rates from 2010-16 using data from the new @vicenews database. St. Louis is off the charts. https://t.co/OxbkOhRAKS pic.twitter.com/qAAVu9tPxN

The review does not include St. Louis County. That would lump together two separate departments, each with its own leadership and polices. But it also would likely bring down the per-capita rates. That's a point critics have made any time the stats show the city's murder rate outpacing the rest of the nation.

Police shootings have nevertheless been a major issue in the city. Protests have taken place intermittently since September, when white ex-city cop Jason Stockley was acquitted of murder in the 2010 killing of Anthony Lamar Smith, a black man police suspected of taking part in a heroin deal.

Even members of the city force aren't immune. In June, a black, off-duty officer was shot by a white officer responding to a car theft. Two other officers had already stopped the off-duty cop and had ordered him to walk toward them when the fourth officer arrived and fired.

The same month, 21-year-old Isaiah Hammett was killed when a police SWAT team raided his family's home in south city. Police say Hammett, who is white, was selling guns and drugs and fired on them first, a claim his family has vigorously denied.

Vice's numbers do not include shootings from this year. In an email, St. Louis police told the Riverfront Times that the department would only release the 2017 stats in response to an open records request.

The department's shootings are investigated internally by its Force Investigation Unit. The findings are turned over to the Circuit Attorney, which conducts a parallel investigation.

In a statement, the police department said it supports a recommendation from the Ferguson Commission report to have the state Attorney General serve as a special prosecutor in officer-involved shootings.

Correction: Chicago, New Orleans and Philadelphia had the next highest rates of police shootings. The list was incorrect in the original version of this story.