'Protesters Bill of Rights' Would Limit Police Actions During Demonstrations 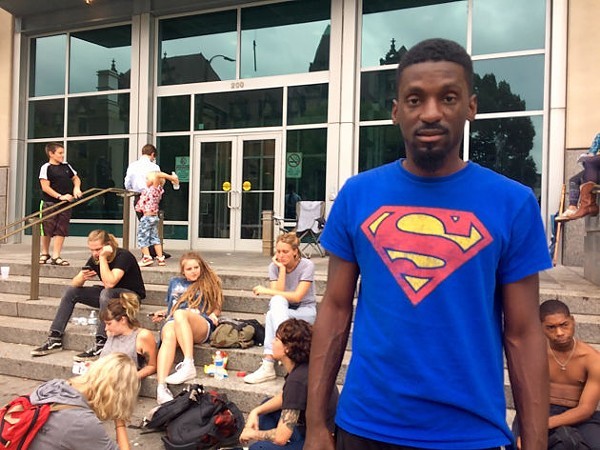 A bill proposed in the Missouri of House of Representatives would seek to limit the way local police departments can respond to protests — stopping them both from declaring unlawful assemblies or using chemical agents unless certain conditions are met. State Representative Bruce Franks (D-St. Louis) calls it the "Protesters' Bill of Rights."

Franks, of course, is no stranger to the protest lines: He was there in Ferguson following the shooting of Michael Brown and, this fall, has led the demonstrations that have followed a police officer's acquittal on murder charges. He's been arrested twice in as many months — once for blocking for the freeway and, on Black Friday, during a protest at the St. Louis Galleria.

House Bill 1586, which the first-year rep has pre-filed for the term beginning in January, is a reaction to what he's witnessed.

“The actions displayed by our law enforcement officers are unacceptable, period,” Franks said in a prepared statement. “It’s unfortunate that the individuals who are trained to shield and protect us are the ones inflicting the most pain, and on what grounds exactly? It couldn’t be due to the assault of an officer or trespassing, because it is extremely difficult to claim protesters are trespassing on an area our taxpayer dollars go towards, especially when we work hard to maintain very organized and safe demonstrations.”

The bill would bar law enforcement agencies from the following actions:
Franks' bill isn't the only one inspired by the recent protests in St. Louis. State Representative Nick Schroer (R-O'Fallon) has carried through on his promise to introduce legislation making it a felony to block the freeway.

In fact, Schroer's bill, H.B. 1259, would make it a Class D felony to interfere with traffic "on any public street, highway, or interstate highway while acting as part of an unlawful assembly." First-time violators would be looking at supervised probation for five years, 100 hours of community service, and a fine of up to $1,000.