A seventeen-year-old has been charged with second-degree murder for crashing a stolen SUV into a family's sedan near the airport, killing a nine-year-old boy returning from a Disney vacation, police say.

Darian Cummings was on the run from a Normandy police officer on the morning of April 25, according to court documents. The chase had begun about 9:45 a.m., when the officer spotted the SUV speeding along Interstate 70, ran the license plate number and discovered the vehicle had been reported stolen.

Cummings, who was sixteen at the time, veered off the highway onto Lambert International Boulevard near the airport and ran a red light, smashing into the Lee family's red sedan, authorities say. The family had been returning from Disney World and was just leaving the airport when they were hit by the SUV, according to a GoFundMe page set up to help with their medical expenses.

Two young brothers in the back of the sedan were badly hurt. One of them, nine-year-old Caleb Lee, died ten days later at the hospital. 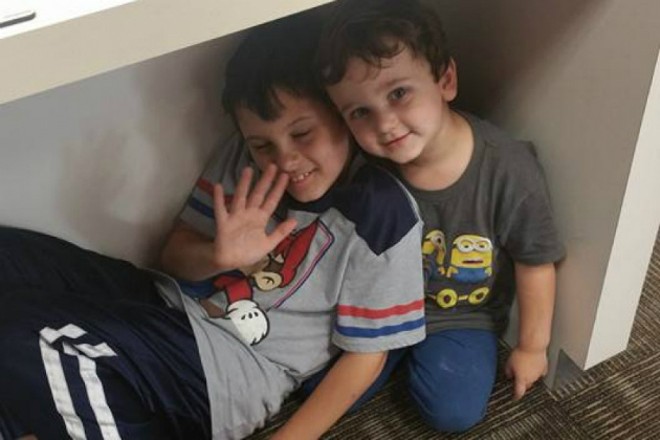 Two fifteen-year-olds — a boy and a girl — were riding with Darian in the SUV.  They were all banged up in the crash, but none suffered life-threatening injuries. Darian and the fifteen-year-old boy were held in the custody of St. Louis County Family Court.

The SUV had been reported stolen at 3:06 a.m. on April 25 in the city during what police described at the time as an armed carjacking. A fake gun was found in the SUV after the crash. According to charging documents released this morning, two victims identified Darian as one of the two suspects in the carjacking.

Along with murder, he was charged with tampering with a motor vehicle and three counts of second-degree assault. He was held on $1 million cash bond.