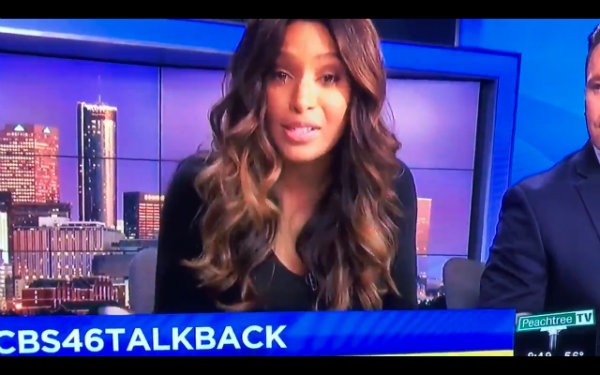 Reporter Sharon Reed's epic takedown came in response to an email from a viewer, who called her the n-word. Reed's response has since gone viral for being both perfect and impressively calm.

“You need to be fired for the race baiting comment you made tonight," a reader who identified herself only as "Kathy Rae" had informed Reed. "It’s okay for blacks to discuss certain subjects but not whites…Really, you are what I call a N***r not a black person. you are a racist N***r. you are what’s wrong with the world."

The station displayed the email on the screen. Then Reed responded.

"I think when arguing with somebody, you have to be careful not to mischaracterize their viewpoint. So I won't mischaracterize your view either, Kathy Rae," Reed said. "I get it. On December 5, 2017, you think it's OK to call this journalist a n****r. I don't.

"... I could clap back and say a few things to you. But instead, I'll let your words, Kathy Rae, speak for themselves. And that'll be the last word."

Reed started at KMOV in 2012 and served as an anchor until 2015, when she moved to accept a job at sister station WGCL in Atlanta. As reported on sites including the Root, she was discussing the racial dynamics in the Atlanta mayor race when Kathy Rae decided to reach out.

You can see Reed's entire reply in the video below.

News anchor Sharon Reed responds on air to a viewer who calls her the N-word. This Atlanta Mayoral race has people fiesty tonight. pic.twitter.com/Vgri3oXnGN