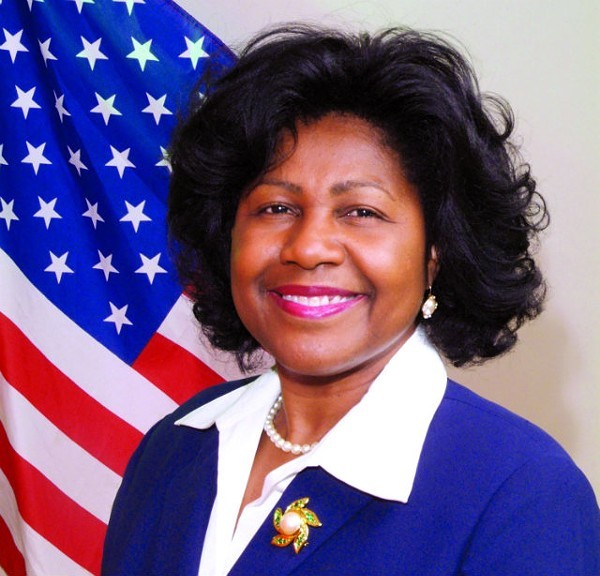 Forcing St. Louis Comptroller Darlene Green to issue bonds promised by the city's Board of Aldermen has proven tricky for the St. Louis Blues. So the team's lawyers are now asking a court to hold Green, the city's chief fiscal officer, in contempt.

In a motion filed today, the team contends that Green is violating the court order that last week seemed to ensure an end to their stalemate. On November 27, St. Louis Circuit Court Judge Joan Moriarty rules that Green must issue the bonds that will allow the city to give the team's owners $64 million to renovate the Blues' Scottrade Center.

Green had argued that the deal was so bad, it was her duty to protect St. Louis taxpayers' interests by blocking it. But the judge held that the city charter doesn't give Green the right to "to refuse to countersign the financing agreement based on her belief that the expenditure is imprudent."

The financing deal itself has come in for harsh criticism. The Blues ownership group argues that the public expenditures are necessary to keep the stadium attractive to outside conventions and sporting events; Green says the money should come from a source that doesn't impact the city's credit rating or dig its budget even further into the hole. On top of that, a separate lawsuit from Alderwoman Cara Spencer alleges that the Board of Aldermen's "gift" of city money is straight-out illegal (the team's lease, it turns out, says it's responsible for upkeep).

But Moriarty's ruling made it clear Green had no choice but to proceed. Her order came with a five-day deadline to for Green to sign the deal — a deadline that passed last night.

A Green spokesman has stated to the St. Louis Post-Dispatch that yes, the deal has been signed. But, he says, "Her attorney is holding the documents in escrow until they determine they can file an appeal." In a statement, Green's office says it's compliant with the judge's ruling.

But the Blues lawyers aren't satisfied with a mere promise that the $64 million cake is being held in escrow. They want to eat it.

"It does [Blues owners] no good to have a signed agreement that has not been released to the public," Blues attorneys wrote in support of the motion, the Post-Dispatch reported earlier today.

The motion for contempt asks that the court levy a $1,000-per-day fine on Green until she turns over the signed copy of the financing agreement.

In a statement, Green spokesman Tyson Pruitt said the office is still considering its options in light of today's contempt motion:


The Comptroller and her attorneys are reviewing this morning's motion by the Kiel Center Partners and weighing next steps. This financing agreement is not in the best interest of city taxpayers, and it's important for the court to see that the Comptroller is not complying voluntarily.


Update at 5:00 p.m.: With the motion for contempt pending, Green's office announced this afternoon that it has released the signed financing documents sought by the Blues — though she's made clear that she's not happy to do it, and that she still intends to appeal.


Today, representatives of the Comptroller released the documents authorizing the issuance of bonds for financing renovations at Scottrade Center.

The Comptroller does not comply with this finance agreement voluntarily. As she has stated, this financing agreement is not in the best interest of city taxpayers; it draws upon the city’s general fund for repayment and may harm the city’s credit.

Having done everything possible to resist, the Comptroller preserves her right to appeal the court’s Nov. 27 decision.