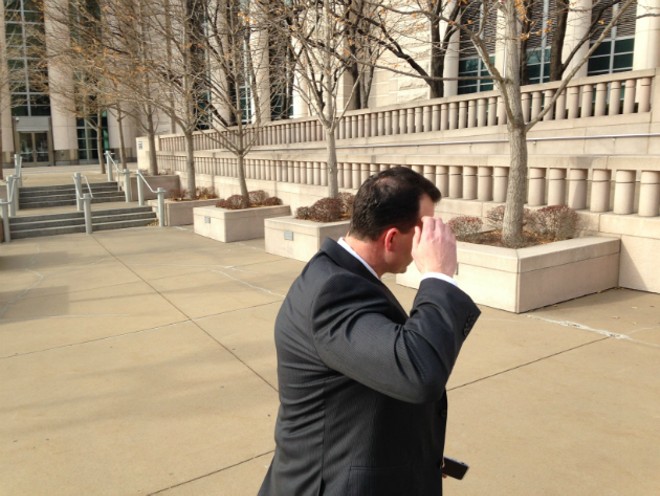 A crooked car dealer was sentenced on Monday to eighteen months in federal prison.

William Cafarella, 43, was once the high-rolling general manager of West County Honda, appearing in TV spots where he seemed particularly eager to shout "I'm Bill Cafarella — we're changing everything!"


He pleaded guilty in August to one count of wire fraud. Prosecutors with the U.S. Attorney's Office had alleged he ran a variety of schemes during two years at the Ellisville dealership, lying about the number of cars sold, collecting kickbacks and using his ill-gotten profits for luxuries like a country club membership and concert tickets. At one point, prosecutors said he'd cost the dealership $1.8 million.

In court, Cafarella admitted to posing as the owner of the dealership and taking kickbacks from vendors doing business with the company.

Cafarella had left St. Louis and was living in Davie, Florida, when he was indicted. He was ordered to repay $201.335.25 as part of his sentence.