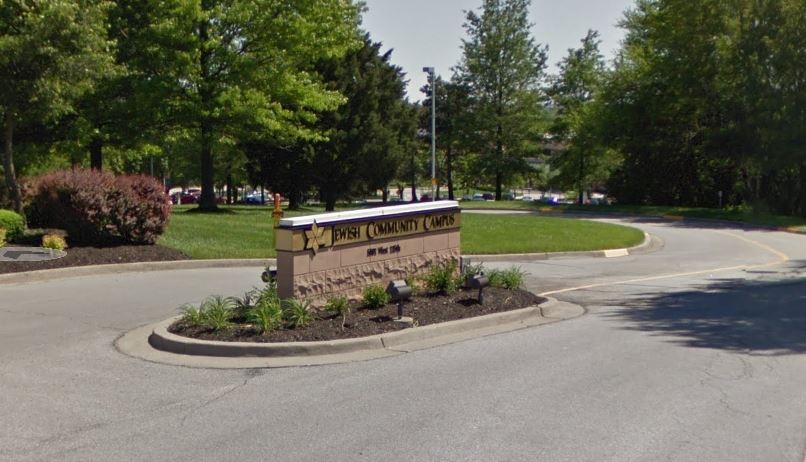 For Jewish communities around the county, the beginning of 2017 was marked by a terrifying spree of bomb threats directed at synagogues and community centers. One Missouri man has already pleaded guilty to his role in some of those incidents — disgraced former journalist Juan Thompson. Now a second Missouri man has been linked to a more recent spate of anti-Semitic threats.

According to a federal indictment unsealed last week, 25-year-old Ford Kevin Coots is target of an FBI investigation into several bomb threats directed at Jews this past summer. On November 15, FBI agents showed up at Coots' home in rural Urich, Missouri, with a search warrant — and Coots allegedly used a shovel to slap a gun out of an agent's hand and stuck another in the chest.

The encounter was tense, to say the least. While attacking the agents, "Coots reached for, and grabbed, a bottle containing an unknown liquid substance with what appeared to be a fuse attached," the indictment reads. "The special agents told Coots to drop the bottle or they would shoot him. Coots responded by telling the agents to 'just shoot and kill him.'"

Coots did not get his wish, as the agents were eventually able to subdue him with pepper spray and handcuffs.

Coots now faces a single charge of assaulting a federal officer. However, the details provided in the indictment strongly suggests that more charges are forthcoming.

That's because, prior to the search warrant, FBI agents had spent months investigating evidence that Coots was the perpetrator behind at least four bomb threats made to Kansas City-area Jewish centers on July 9. Investigators had initially been drawn Coots by connecting the dots from a previous threat to a Washington DC synagogue.

In April, an unidentified person contacted the Ohev Shalom Synagogue in DC and stated that 66 bombs would be set off the following week. The attack never happened, but the call was eventually traced as having been made through an internet calling service linked to the home of Coots' mother in Kingsville. (That's not far from her son's home in Urich, which is located about 60 miles southwest of Kansas City.)

In June, agents interviewed the husband of Coots' mother, who told the investigators they had not made the threatening call.

But the next month, on July 9, a wave of anti-Semitic threats hit Jewish centers around Kansas City. This time, the caller identified himself — in one call, according to the indictment, he said his name was "Joseph Holloway," and in two others he used his mother's name.

As those self-incriminating actions make clear, Coots' threats don't speak to the sort of meticulous harassment and manipulation scheme cooked up by Juan Thompson the previous summer. (In terrorizing Jewish community centers in New York, Thompson had attempted to frame an ex-girlfriend as the perpetrator.) Instead, the rural Missouri man appeared to suffer from a mental illness that manifested itself in part as hatred for Jews.

His threats were certainly ugly.

"Yeah, I want to let you know that there is a bomb in your building, and I’m going to blow it up and I am going to kill all you worthless Jews," Coots allegedly said in a call to a Jewish Community Center on the morning of July 9.

The call continued: "You’re the reason there’s so much taxes and all the wars, you are the problem. And you are going to die, you’re all going to burn in hell for eternity. You are worthless and I hate you and I hate your guts. I’m going to blow out your brains, I’m going to blow up your building and I’m going to kill your children. Enjoy and have a nice day. As I said, if you can catch me, my name is Joseph Holloway. Come after me motherfuckers.”

Later that same day, the FBI received an online tip — it began, "I am the Mastermind behind the Jewish Synagogue Bomb Threats." The author of the tip signed their message as "Ford Joseph Holloway" and included an address in Urich.

Four days later, FBI agents made their first direct contact with Coots. This time, however, there was no bluster or boasting about being a mastermind. Coots, the indictment states, "denied that he had been the person who had left the threatening messages at the various synagogues and the tip with the FBI."

After that, it took additional months to gather enough evidence for a search warrant against Coots, but once investigators got records from Sprint, they revealed calls from Coots' phone corresponding to the messages left at the Kansas City-area synagogues and community centers.

Before carrying out the search, FBI agents reached out once again to Coots'  mother. She told the agents that Coots "has no running vehicle at his residence and that he does not leave the residence." She had previously told the agents that her son had mental health issues that began after his father’s suicide 2008, and that she believed he was capable of making the threats "based on his recent behavior."