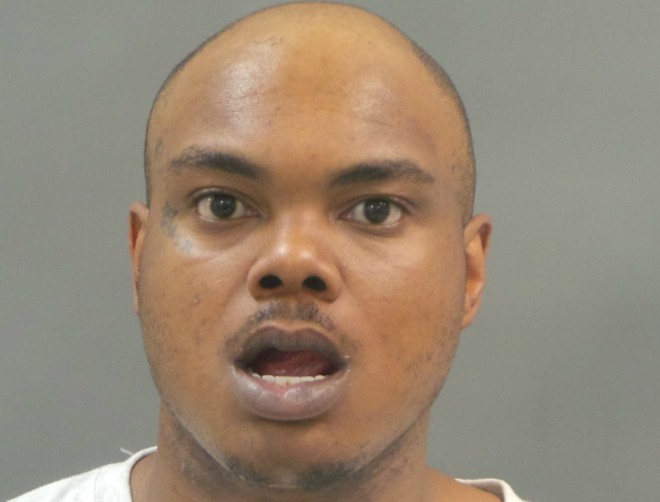 A botched robbery of an Imo's delivery man in Dutchtown last week has resulted in second-degree murder charges against the surviving suspect.

Montel Smith, 24, ran off with the stolen pizza as his alleged accomplice, 17-year-old Lavan Courtney Jr., traded gunfire with the 41-year-old delivery driver, police say. Courtney was killed in the exchange.

Smith was taken into custody on Saturday, authorities say. Even though he did not shoot Courtney, police and prosecutors hold him responsible for the teen's death because they believe he was part of the robbery, and the robbery led directly to the killing, court records show.

Smith, who allegedly tried to kill himself after the incident but before police tracked him down, has also been charged with first-degree robbery.

The incident began shortly after 10 p.m. on Thursday, November 30. The driver told police that he was delivering the pizza to Smith when he was ambushed by Courtney. The seventeen-year-old started clubbing him with a handgun while Smith grabbed the pizzas and bolted, authorities say.

The driver knocked Courtney's gun to the side and punched him before pulling his own gun, police say.

The two fired at each other, and Courtney ran off in the same direction as Smith before he collapsed, police say.

The driver returned to his car and drove back to the restaurant, where co-workers called police. Officers later discovered Courtney dead on the ground in the 4600 block of South Spring Avenue, near Taft Avenue. He had been shot in the head, and his gun was lying next to him, police say.

The driver had a cut on his head from getting hit with Courtney's gun, but he had not been shot, police say.

A detective later tracked down two witnesses who were at the apartment complex where the robbery occurred. The witnesses claimed Courtney and Smith both left after ordering the pizza, but only Smith returned.

Smith allegedly returned and told them Courtney had been shot. Then he tried to kill himself by drinking bleach, they told the detective.

The witnesses then took Smith to the hospital. He lived and is now being held on $500,000 bail at a city jail.