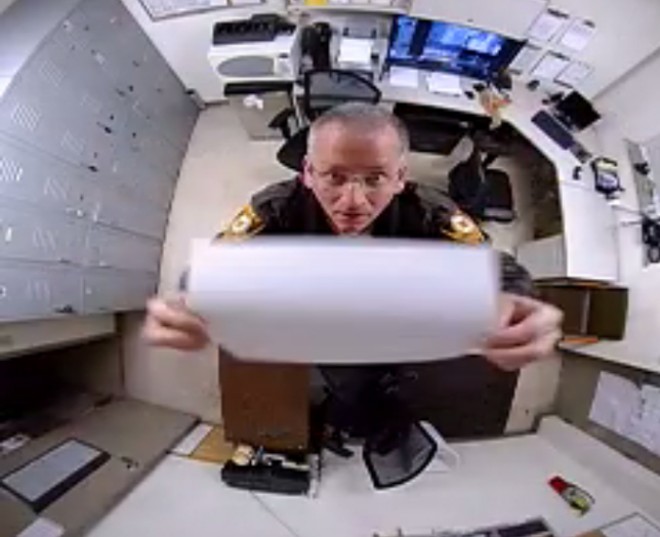 St. Louis County Police have reprimanded more than a dozen officers assigned to the MetroLink following an internal investigation.

The probe found cops patrolling the train line repeatedly covered up a surveillance camera in their substation at the North Hanley stop, according to findings released today.

Police Chief Jon Belmar said in a statement, "I initiated this internal investigation because the officers of the St. Louis County Police Department are, and should be, held to a very high standard."

The sixteen-week investigation was sparked by a series of articles by St. Louis Post-Dispatch columnist Tony Messenger. The stories raised allegations that officers slept while on duty, shirked calls and left their posts. Much of the information was gleaned from records generated by officers with the separate Metro Public Safety Department and obtained through a public records request.

The Riverfront Times also reviewed the records and found a bitter turf battle between the agencies that goes back years.

The county's internal investigation reviewed ten allegations and found six of them unfounded, including reports that officers skipped out on patrol to shop at a gun store. County police say investigators found the officers were buying raffle tickets for a benefit for the family of Officer Blake Snyder, who was killed in the line of duty. The officers had their supervisor's permission to leave their posts, police say.

The remaining four allegations that investigators were able to substantiate focused on covering the camera and lingering too long at substations, police say. None of the officers were publicly identified, and their punishments were written reprimands.