SNAP Hedges on Apology to Priest It Labeled a Predator 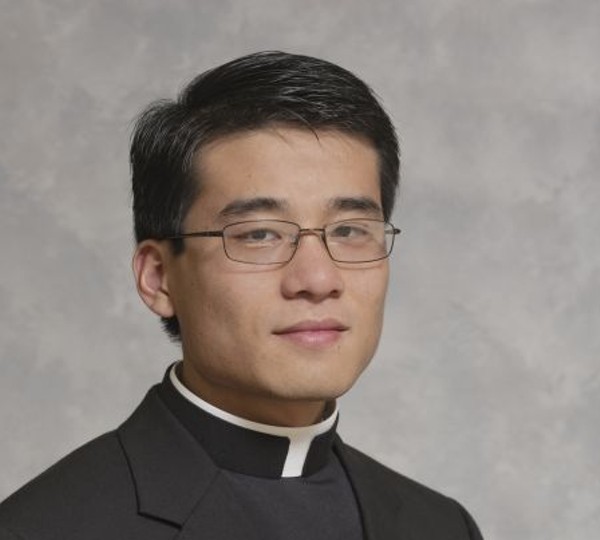 In a St. Louis-based victim advocacy group's first public statements after it reportedly apologized to a priest accused of sexual abusing minors, the group attempted to reframe its statement as something closer to “sorry, not sorry.”

In an interview with RFT on Tuesday, Barbara Dorris, the executive director of Survivors Network of those Abused By Priests, or SNAP, said, “You have to read [the statement] very carefully." Then she herself went on to erroneously claim that the group had made its apology contingent on “if” its statements about Fr. Xiu Hui “Joseph” Jiang were proven false.

The group’s apology, which was issued as part of a settlement agreement with Jiang in a defamation lawsuit, does not contain the word “if.” It does, however, fall short of acknowledging any specific error on SNAP's part — only the possibility of "false or inaccurate statements."

First reported earlier this month by St. Louis Magazine and then widely publicized Monday by the St. Louis Archdiocese, the statement reads in part: “SNAP apologizes for any false or inaccurate statements related to the complaints against Fr. Joseph Jiang that it or its representatives made which in any way disparaged Fr. Joseph Jiang, Archbishop Robert J. Carlson, Monsignor Joseph D. Pins and the Archdiocese of St. Louis.” (The full statement can be read at the bottom of this post.)

In 2012, Jiang was arrested in Lincoln County, accused of molesting a 16-year-old girl. But the felony charge was dropped one year later. In 2014, Jiang was arrested again, this time in St. Louis, and accused of abusing a young boy in an elementary school bathroom at the Cathedral Basilica of St. Louis. One year later, that charge, too, was dropped.

But Jiang didn’t let the matter rest. He sought to clear his name, and in 2015, he filed a defamation lawsuit against the boy’s parents and SNAP, contending that the boy had been coached to falsely accuse an innocent man. The lawsuit also alleged that SNAP had led a “shameless smear campaign” that “destroyed the life of a promising young man and priest.”

Earlier this month, a federal judge dismissed Jiang’s lawsuit without prejudice, meaning it could still be refiled in the future. Jiang’s lawyer, Neil Bruntrager, told the St. Louis Post-Dispatch this week that his client intends to do just that.

During her interview with RFT, SNAP’s Dorris, who was named in the defamation lawsuit, conceded that the language of the apology was not framed conditionally — that there is no "if" in the statement. But though the defamation suit and apology has led to negative attention for the organization, Dorris stressed that she doesn’t consider the latest developments a defeat.

“We have always said we will support victims,” she said. “No one has said the allegations [against Jiang] are false. They said they can't withstand the test of court. That doesn't make them false.”

The allegations against Jiang sprawled over the course of five years, and the details as initially described in police reports (and covered by local media) were unmistakably disturbing. In the first set of criminal allegations, Jiang was accused of groping and kissing a 16-year-old girl and then offering her parents what was characterized as a $20,000 bribe. The second case focused on a young boy, the same profile of the victims associated with the Church's pattern of coverups exposed by journalists and dramatized in the movie Spotlight.

Over the course the two criminal cases — as well as a civil suit brought by the teen girl’s family, which a jury ultimately decided in Jiang’s favor — SNAP brought public pressure on the St. Louis Archdiocese and lashed out at Jiang’s supporters. In previous interviews, SNAP’s former executive director, David Clohessy, repeatedly referred to Jiang as a “predator priest.”

That moniker was among a litany of similar descriptions deployed by SNAP against Jiang, many of which were compiled in the priest's defamation suit, including “child molesting cleric” and “cunning predator.”

However, a deeper look at the allegations against Jiang leave a muddled picture, one that doesn’t hew to the popular assumptions about a predatory priest using his position to groom victims. In breathtakingly detailed feature in this month’s St. Louis Magazine, journalist Jeannette Cooperman delved into Jiang’s personal history and his relationship with the teen girl and her family. While the girl’s journal indicates she harbored romantic feelings for Jiang, whether Jiang took advantage of her seems unclear based on the evidence revealed in court. (Cooperman is a former RFT staff writer, and we’re not just puffing up our former colleague when we say that her latest cover story is masterpiece of reportage, sensitivity and reasoned doubt. It should be read in its entirety.)

As for SNAP, the group remains defiant: Dorris says that Jiang’s defamation suit won’t change the way the organization conducts its advocacy.

“We always want to be accurate and we always want to be truthful,” she said. “There are exceptions, of course, but in general I still say that when a child comes forward and alleges abuse, you need to believe the child and investigate. Children don't make up these allegations.”

But if Dorris and SNAP contend that the allegations haven't been proven false, that logically leaves a question hanging: Does SNAP still believe Jiang is a sexual predator?

“I worry,” Dorris responded, after pausing for several seconds. “It’s rare to have one false allegation, and to have two false allegations, that should make every parent worry.”

The SNAP defendants never want to see anyone falsely accused of a crime. Admittedly, false reports of clergy sexual abuse do occur. The SNAP defendants have no personal knowledge as to the complaints against Fr. Joseph Jiang and acknowledge that all matters and claims against Fr. Jiang have either been dismissed or adjudicated in favor of Fr. Jiang. SNAP acknowledges that false claims of clergy sexual abuse injure those clerics falsely accused and the Roman Catholic Church. SNAP apologizes for any false or inaccurate statements related to the complaints against Fr. Joseph Jiang that it or its representatives made which in any way disparaged Fr. Joseph Jiang, Archbishop Robert J. Carlson, Monsignor Joseph D. Pins and the Archdiocese of St. Louis.