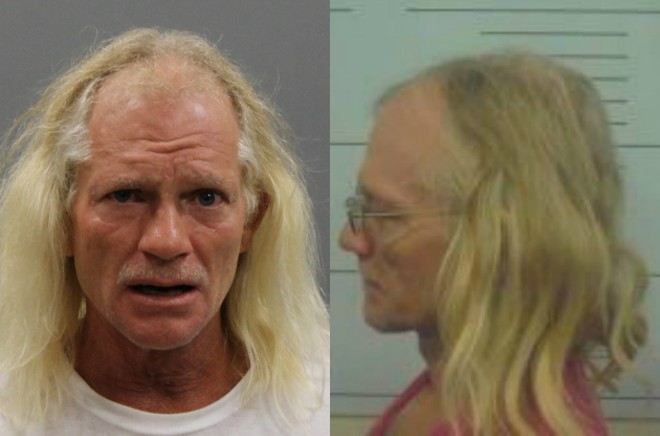 A murder suspect sprinted away from a sheriff's deputy after a court appearance in southeast Missouri, sparking a frantic manhunt on Monday evening, authorities say.

Mike Jones, 49, is facing charges alleging he killed his roommate last year in Mount Vernon, about 30 miles southeast of Springfield in the corner of the state.

On Monday, he had just wrapped up a court appearance in Lawrence County and was waiting to be transported to the Vernon County Jail, where he's being held because of overcrowding, authorities say. A Vernon County Sheriff's Deputy was securing other inmates when Jones suddenly bolted.

Chained around the waist, the accused killer ran down the road and out of sight, authorities say. The deputy chased him briefly on foot before he lost him and went back to sound the alarm, according to a statement from the Lawrence County Sheriff.

Sixteen other law enforcement agencies joined the hunt, and cops of all kinds were soon tracking Jones by ground and air. They deployed drones, police dogs and thermal cameras while blasting out pictures of the fleet-footed fugitive on social media.

Less than two hours later, a Lawrence County Sheriff's deputy was walking alleyways when he spotted Jones hiding in a brush pile behind a burned-out house, authorities say. They were about six blocks from where Jones had escaped. The deputy called out that he had found him, and several residents ran over to help, according to the Lawrence County Sheriff.

Jones was taken into custody without any further problems and driven back to the Vernon County Jail.

Jones had been locked up since last fall. He is charged with first-degree murder and abandonment of a corpse, accused of bludgeoning Timothy Goodman to death. A Mount Vernon police officer discovered Goodman's body in September 2016 in the back of the dead man's car, laid out on plastic, the Lawrence County Record reported last year.

Jones admitted he drove the car to a park and ran into the woods when he saw police arrive, the paper reported. He has pleaded not guilty in the case.