Richie Minton Lawyered Up After Ex's Death — Then Got Hired by St. Louis Fire 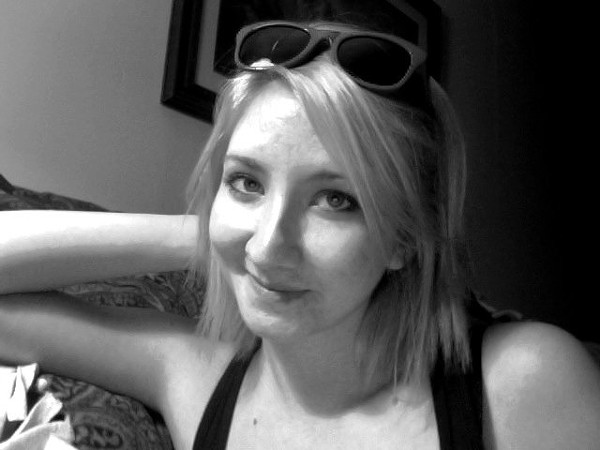 How did a man who refused to answer police questions about his ex-girlfriend's death and was twice convicted for drunk driving get hired on by the St. Louis Fire Department?

City officials are giving contradictory answers to that question after a segment of Crime Watch Daily focusing on Richie Minton's role in the 2012 death of Molly Young.

The Carbondale, Illinois, woman was killed with a gunshot wound to the head while Minton, her boyfriend, supposedly slept. Minton told police he'd passed out after a night of drinking and only found her body the next morning. The two six-inch scratches on his side? He must have gotten them giving her CPR.

Then Minton lawyered up, refusing to answer any more questions. Just one day later, the coroner would change the manner of death from homicide to suicide.

At the time, Minton was a dispatcher for the Carbondale police department, about two hours southeast of St. Louis. But, Crime Watch Daily reports, he soon left the department after twice being arrested for drunk driving. 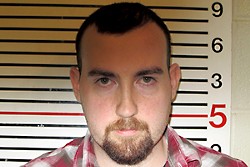 Records show that Minton was busted for DUI in 2012. He "parted ways" with the Carbondale police prior to a second arrest in 2013, the Carbondale Times reported.

Minton was still on probation at the time he was booked for the second DUI. That may be one reason the incident resulted in jail time: In November 2014, he was sentenced to two weeks in the county jail and twelve months of probation, the paper reported.

Yet just one month later, he was hired on St. Louis, where he remains today, three years later. He currently makes $31,304 as a fire dispatcher.

Minton does not have a listed phone number. He did not respond to our message to his city email address seeking comment.

Captain Garon Mosby, a spokesman for the fire department, initially referred questions about Minton's hire to the city's personnel department.

Richard Frank, the city's director of personnel, said he couldn't discuss anything related to any specific employee. However, he said that the city takes pride in its efforts to "ban the box." Prospective hires are not asked whether they've been convicted of a crime — and, if they disclose that they have, it's not necessarily a deal killer. That's true even if those crimes are recent.

"If a person had two DUIs in the last two years and shows me evidence that they've completed the recommended substance abuse treatment or taken other steps, I'd let them into the pool of candidates," Frank says.

Asked if something more serious might be a problem — say, refusing to cooperate in a police investigation, particularly for a position that deals with the public, like dispatcher — Frank acknowledges that a fire dispatch position does involve a criminal background check and a "character investigation," as well as drug and alcohol screening. However, the details of what that's designed to catch, and how they're administered, are up to the fire department, Frank says. He referred further questions to Mosby.

Mosby was initially unable to respond to our follow-up questions thanks to the five-alarm fire that broke out on Wednesday. We delayed publication a few days to give him more time, but ultimately didn't hear back by press time.

The Carbondale department's role in investigating one of its own would haunt Young's family. Young's father told Crime Watch Daily that a state police officer later confided in him, "Father to father, Carbondale Police botched the case, they let him wash his hands and change clothes at the scene.'"

In explaining why they believed Young's death to be a suicide, officials cited the fact that they found searches for "suicide" and "how to kill yourself" on Young's computer. They also noted the text that Minton's roommate got at 4:40 a.m. from Young's phone: "I think I'm gonna shoot myself in the head. I'm really really sorry if you come home to that." Police chalked that up to a suicide note (even though, oddly, after the roommate got home, he himself went to bed rather than checking on Young).

Young's family notes that Minton could well have had their daughter's phone and typed the message himself. And beyond that, they say the searches on her computer for words like "suicide" were made on nights she was out with friends — suggesting she never typed them.

Beyond that, her family notes, Young's hands tested negative for gunshot residue. Her fingerprints, they say, weren't on the gun — and appeared to have been shot left-handed.

Was there residue on Minton's hands? It's impossible to know; after all, police let him wash up before he came down to the station.

Young's death has since been changed from "suicide" to "undetermined." While a special prosecutor has been assigned, Crime Watch Daily reports, the most recent statement from his office suggests there is not enough evidence to charge anyone.

"Although this was a tragic end to a young lady's life, there is simply insufficient evidence at this time to charge anyone as accountable for murder," the state's attorney told the TV show.