Stand Down, Everyone: That Stolen El Camino Has Been Recovered 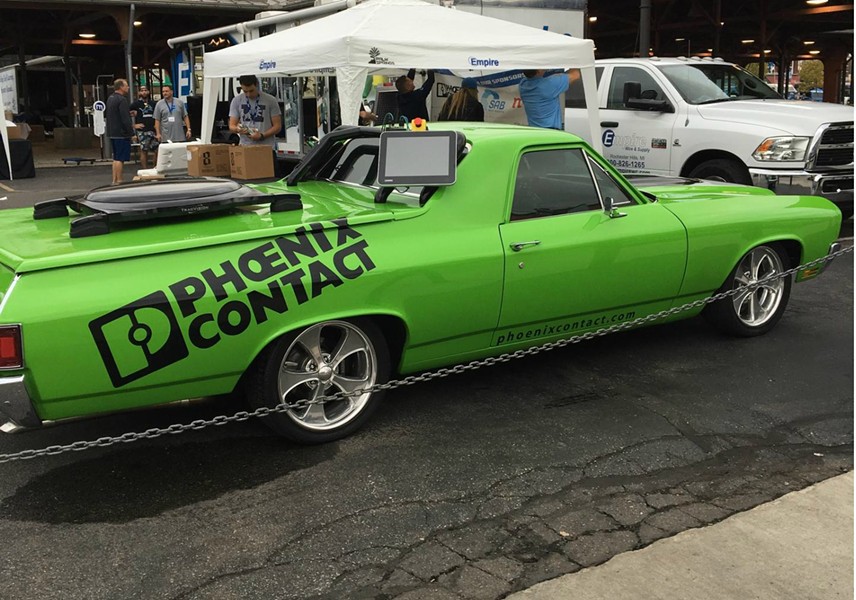 There has been a major break in one of the great capers of the metro area — police have recovered a spectacularly badass El Camino.

You'll surely recall the lime green jewel of the automotive world, stolen last month outside a Fairfield Inn in Fenton, where it had been parked for the night between car shows. The thieves managed to slip it out of an enclosed trailer and disappear into the night.

Members of the St. Louis County police auto theft unit have been tracking the case ever since. It finally paid off about 8 p.m. on Wednesday.

Working with detectives from the city, police served a search warrant at a house in the 9300 block of Nelan Drive in the Bellefontaine Neighbors section of north county. In the garage, they found the El Camino.

The high-tech ride was originally estimated to be worth $200,000. It's not clear whether it suffered any damage during the five weeks it was missing.

Police aren't saying anything about its condition or how they tracked it down, citing the ongoing investigation. So far, no one has been arrested.