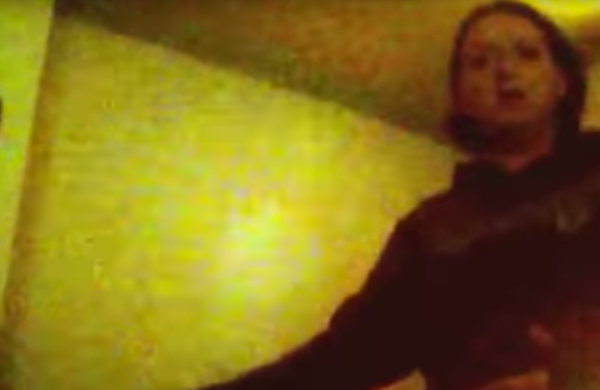 A truck driver who was tasered in his own living room by a cop delivering a parking ticket has filed a lawsuit over the incident.

Wayne Gerling of Hermann, Missouri, got a door-knock on November 18, 2012. Standing there was officer Matthew Waite, who objected to the fact that Gerling had parked his tractor-trailer in front of his home — something Gerling says he'd be doing for years.

Rather than just leave a ticket on the vehicle, Waite insisted on handing it to Gerling. A video of the incident shows the officer escalating the situation the minute Gerling asks a question — just about ten seconds after the conversation begins.

"Alright, come out here, you're going to jail," the officer tells him.

"You get the fuck out of my house," Gerling responds.

Then things got ugly — with Gerling screaming in pain as Waite apparently tases him, followed by Waite shouting, "Put your hands behind your back!"


According to the suit,

As Mr. Gerling attempted to retreat from the attack, Defendant Waite fired his Taser, striking Mr. Gerling in front of his son-in-law and 9-year-old grandson, forcing painful and debilitating electric shock through Mr. Gerling’s body and causing injury to Mr. Gerling.

Gerling struck his body on a table, causing further injury, the suit says. He would be off work for months dealing with injuries to his chest and shoulder, the suit says.

But Waite wasn't done with him. He took Gerling down to the station and booked him on a charge of resisting arrest. "Will you please tell me why he's going to jail, sir?" a female relative asks plaintively on the video as the officer cuffs Gerling and leads him away.

The suit alleges that Hermann's chief of police, Frank Tennant, was determined to make the charge stick. He allegedly "contacted the city prosecutor and put pressure on the prosecutor to 'stick to our guns' in pursuit of a charge of resisting arrest against Mr. Gerlin," the suit claims. The chief allegedly "put pressure on the city prosecutor to procure 'some type of finding of guilt, regardless of the penalty' to cover the City in the event that a lawsuit was brought by Mr. Gerling."

Gerling fought the charge, insisting on a jury trial. This summer, prosecutors were forced to dismiss the case against him after Waite failed to show up for the trial, the Hermann Advertiser-Courier reported.

After video of the incident was released to the public, the suit alleges, the outcry was so great that Waite had to leave the department. (A report on KOMU, embedded below, alleges that Waite made jokes about the incident around town, which surely didn't help his cause.)