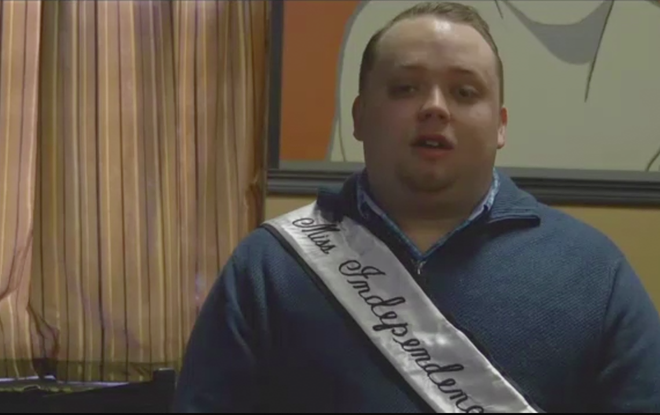 When Danny Vaughn was choosing a charity to benefit from the drag show he was hosting, he settled on the Southeast Missouri Foodbank for very personal reasons.

"I was one of the children who was affected by childhood hunger," Vaughn, a drag performer newly crowned "Miss Independence Place," later explained to Cape Girardeau's KVFS. "I know what it's like to rely on the generosity of others for your next meal, for the lights to stay on, for your parents to be able to afford shoes for you."

The food bank initially responded with enthusiasm to Vaughn's Facebook message offering the event's proceeds. But then Vaughn forwarded them a flyer for the show, telling them to feel free to share it.

Whoever was handling the food bank's Facebook page immediately took a much different tone.

"I cannot post this information and we would ask that you not mention our organization as your beneficiary," the person wrote. "As you know this event may be offensive to some of our supporters. Please accept our apologies."

"It's heartbreaking," Vaughn told KVFS. "To know that someone, somewhere is going without, because they don't want our money because of who we choose to love."

Karen Green, chief executive officer for the food bank, tells the RFT that the organization does not promote third-party events — which she claims was the entire reason for the message to Vaughn. "We're not taking interviews on that, because it's already caused more controversy than it should, ever," she says.

She then directed us to a statement the food bank released to KVFS, which does include an apology:

Green hung up the call without allowing for any follow-up questions.

As for Vaughn, he didn't give up. When he issued a call for suggestions for an alternate charity on his personal Facebook page Thursday, detailing the Southeast Missouri Food Bank's resistance, the request quickly viral.


"This is the world we live in," he wrote. "The SEMO food bank cares more about 'not being offensive' than they do about people being fed. I'm saddened and shocked. I can't believe I was ready to give my full support to this establishment."

But just one day later, Vaughn was able to post an updated flier on Facebook. Instead of designating the food bank as the beneficiary, his November 17 fundraiser now promises to benefit Care to Learn, a Springfield-based nonprofit that works with impoverished kids in the Ozarks — and that isn't too proud to accept a drag queen's largesse. 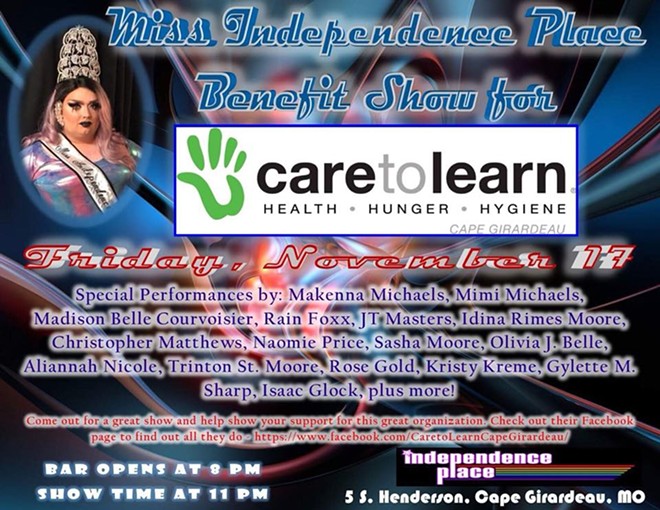