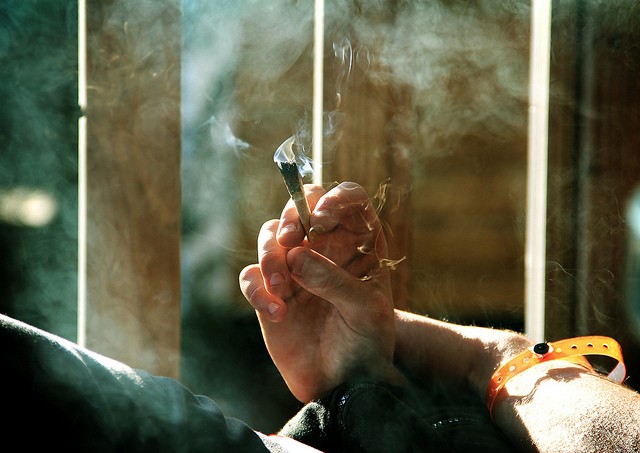 Thanks to a 2013 bill framed as "marijuana decriminalization," St. Louis police officers have written hundreds of municipal citations for possession of marijuana, giving suspects the equivalent of a traffic ticket — and fines between $100 to $500 — in lieu of arrest.

To 15th Ward Alderwoman Megan Green, that bill was a good start. But it's not true decriminalization.

In fact, since 2014, according to data provided by the St. Louis Metropolitan Police Department, officers have issued citations in 842 incidents of marijuana possession — including 704 incidents where no other law was being broken.

And rather than winding down enforcement, police are holding steady, or even increasing, citations. A Sunshine request filed with St. Louis police reveals that officers have already issued 207 citations for possession in 2017 — equaling the number of citations written in all of 2016. At the current rate, officers are on pace to notch more citations than any year since 2014, when the decriminalization ordinance was first on the books.

Even though those people avoid the jail time (and criminal records) resulting from possession charges in many other Missouri cities, Green still sees the incidents as a waste of resources.

"It was a step in moving the ball down the court," says Green of the 2013 measure, which overwhelmingly passed the St. Louis Board of Aldermen. But, she adds, "now it's time to keep moving."

Green's new bill, Board Bill 180, would make it illegal for any city resource to fund "the civil or criminal punishment for the use or possession of marijuana or marijuana paraphernalia against any individual or entity."

Green's bill wouldn't amount to full legalization — it doesn't provide for dispensaries or commercial sales — but it represents a significant policy departure from the changes enacted more than three years ago.

The previous marijuana bill, sponsored by 25th Ward Alderman Shane Cohn, essentially created a new city ordinance to punish anyone busted with less than 35 grams of weed. Although it took state charges and jail off the table, cops were still permitted to use small-time pot-possession as probable cause for initiating searches and traffic stops.

Under Green's proposal, however, cops couldn't treat the suspicion of pot possession as an invitation to search a suspect. (Or at least, that's the intent of the bill.) Under the proposal, searches would only be permitted if the officer had reasonable suspicion that someone under 21 is using marijuana, someone is selling to someone under 21 or someone is possessing more than two ounces of marijuana (or growing more than ten plants). Other exceptions that would allow a search include consuming or displays weed in public, on state or federal property, or within 1,000 feet of a school.

What the bill would do, Green says, is leave city police with more time and resources to investigate "real crime."

Still, the legality of the measure is unclear, particularly if state legislators decide to intervene (as they are wont to do). Green contends the bill was carefully crafted and based on similar measures successfully implemented in Washington, D.C., and Portland, Maine. Green also provided RFT with a four-page legal analysis of the bill authored by attorney Dave Roland, former St. Louis City Counselor Winston Calvert and former Chief Justice of the Missouri Supreme Court Michael Wolff.

If the bill were challenged by legislators, the analysis notes, "Such an effort would raise the question of whether the state has the authority to obligate cities to direct their local resources in a manner that the city has chosen not to do."

The authors write, "We cannot assess how likely such a challenge might be, but we feel confident that courts would uphold the Ordinance."

For Green, both the 2013 bill and her own proposal represent intermediate steps to the ultimate goal: a state-wide legalization measure, similar to the one that narrowly failed to make the Missouri ballot in 2016.

"If all goes as planned, we will have medical marijuana on the ballot next November," she says.

And if Missouri voters wind up approving a medical marijuana law — which they may well, as past polls indicate state voters would have passed such a measure in 2016, had it been on the ballot — Green envisions yet another chance to move the ball down the court in St. Louis.

A win for medical marijuana in 2018 "would be an opportunity to go back and loosen this ordinance even a little bit more," Green says. "And hopefully, we would be able to push the state eventually toward legalization."