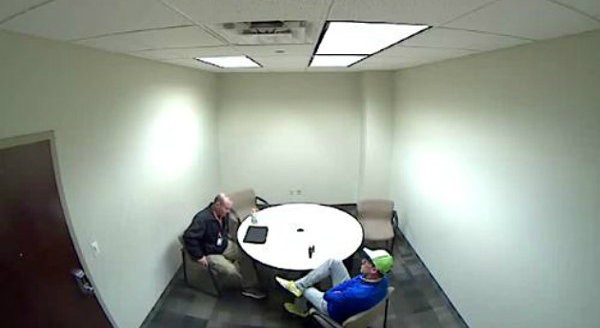 Kerry Roades, 56, and Blake Laubinger, 25, admitted in federal court they conspired with St. Louis tanning mogul Todd Beckman, 53, and 27-year-old Caleb Laubinger to hold the man for ransom in November 2016.

“The crime was brutal and protracted," Assistant U.S. Attorney John Davis said in a statement. "For almost three days, the victim was secured to a pole in a basement, physically assaulted and told of a plan to wrap him in plastic wrap, shoot him and deliver his body to California."

Beckman made his name by founding TanCo tanning salons and the MassageLuXe storefront massage chain. But the roots of the violence were in a double-cross of Beckman's lesser-known, but still lucrative, venture: selling large quantities of marijuana.

The serial entrepreneur was importing shipments of 50 to 80 pounds of weed in wooden crates from California. Roades' job was to unpack the boxes, and Blake Laubinger would then store most of the marijuana at his house in Pacific and sell it for $2,400 to $3,000 per pound.

The Maplewood man, the victim in the kidnapping, was a fellow dealer who had teamed up with Blake Laubinger during their days at St. Louis Community College and later sold Beckman's marijuana. In late October 2016, he burglarized his partner's house and took off with 24 pounds of marijuana and $15,000 in cash, authorities say.

Unwilling to let that much money and product go, Beckman and Blake Laubinger made plans to "get" the man, Davis says. And that's what they did.

Blake and Caleb Laubinger ambushed him on November 21 at his house in Maplewood, attacked him and hauled him back to the house in Pacific where they were soon joined by Beckman and Roades.

All four men admit they were there, and the Maplewood man was essentially tortured. The Laubinger brothers repeatedly shocked him with a stun gun. Beckman admits he shaved the man's head with an electric razor and put the barrel of a handgun against his skull, although he said he couldn't remember if he pistol whipped him, dry fired the gun on his head and threatened to ship his plastic-wrapped corpse to California, as prosecutors allege.

Prosecutors have a receipt from Beckman buying shrink wrap and a heat gun at Lowe's, but they eventually settled on a compromise in which the businessman conceded that government witnesses would say he did all of those things.

Roades similarly balked when it came to admitting that he beat and threatened the man, conceding only that others would say he did. He claimed he joined the conspiracy late and was told only that they were trying to recover heirlooms, money and guns stolen in the burglary.

Maplewood detectives and agents from the Drug Enforcement Agency and FBI who investigated the case watched the guilty pleas, which played out one-by-one over they past three days at the U.S. District Court in downtown St. Louis.

The quartet of defendants all agreed to the same deal with Davis, who promised to seek no more than twenty-year prison sentences in exchange for their guilty pleas. They are due to be sentenced in separate hearings in January and February of 2018.

A fifth defendant — 25-year-old Zachary Smith — pleaded guilty in May. His role in the case was considered minimal compared to the others.