Sayfullo Saipov, Suspect in NYC Truck Attack, Was Arrested in Missouri in 2016 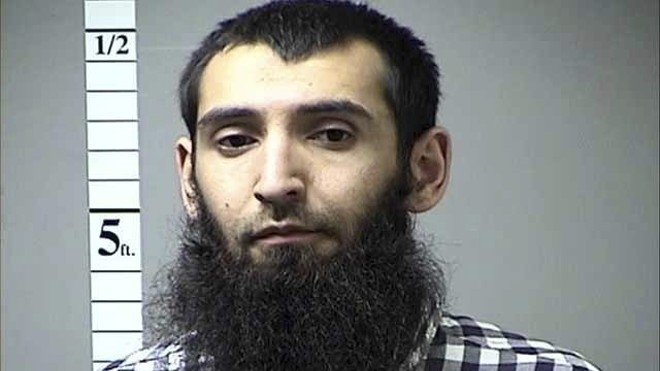 The truck driver accused of running down pedestrians and cyclists during a deadly attack yesterday in New York City was previously jailed in St. Charles County in a traffic case.

Sayfullo Saipov, 29, was originally charged with a misdemeanor in December 2015 by the Missouri State Highway Patrol for failing to maintain the brakes on his truck, court records show. KMOV reporter Alexis Zotos, who revealed Saipov's local legal troubles, reported that troopers fined the now-infamous trucker at a scale house alongside Interstate 29 after noticing cracks on his right-side brakes.

A warrant was issued in that case in April 2016, and KMOV reports that troopers arrested him in October 2016. St. Charles County served the warrant, and Saipov posted $200 bail. His address was listed in court records as Tampa, Florida.

Eight people were killed and eleven seriously wounded yesterday when Saipov steered a rental truck onto a bike path along the West Side Highway in Lower Manhattan. New York Gov. Andrew Cuomo said on CNN this morning that Saipov, who immigrated in 2010 from Uzbekistan, was radicalized in the U.S. He left a handwritten note referencing the Islamic State terror group, according to the governor.