Protesters Returned to Lyda Krewson's House. This Time, Police Let Them Be 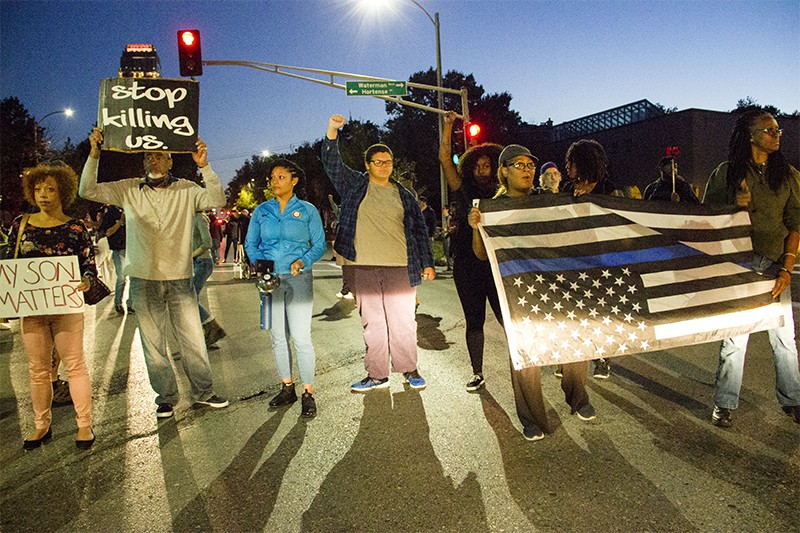 On September 15, the day Jason Stockley was found not guilty of murder, hundreds of protesters converged on the home of St. Louis Mayor Lyda Krewson, triggering a police response that would culminate with lines of riot cops deploying tear gas into the Central West End.

The conspicuous absence wasn't lost on the protesters. Reverend Darryl Gray, one the "frontline" protest organizers, told the gathered crowd that the police were changing tactics for a reason — "they’re trying to develop a strategy to make us go away."

"There's too many lawsuits," Gray continued, likely referencing an ACLU legal challenge against the city that alleges officers deployed pepper spray like a fire-hose. "The world is watching St. Louis, so St. Louis has backed off and said, 'We will let them holler and scream as long as they want to.'"

But protesters say they have no intention of going away. Thursday's demonstration, touted as a "noise protest," carried on for several hours and blocked intersections at South Kingshighway.

Unlike the last time protesters showed up Krewson's home, there were no attempts at vandalism, though some did leave chalk messages on the mayor's front steps. "We outside," one read. 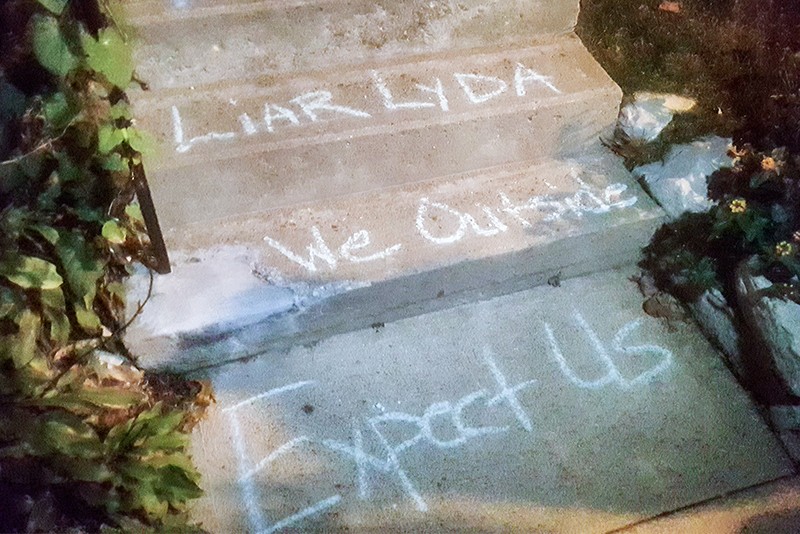