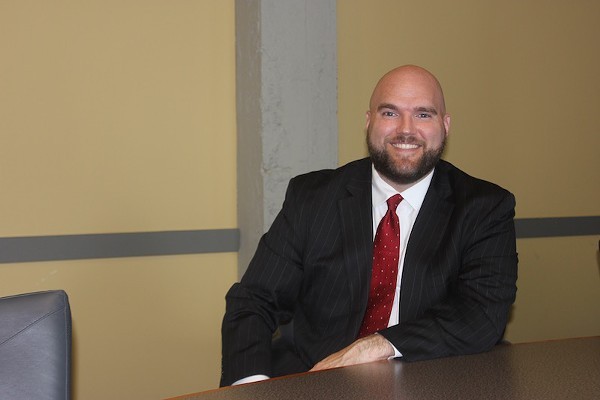 The St. Louis City Board of Election Commissioners will pay nothing for stonewalling the attorney seeking absentee ballot information in a high-profile case last fall after a judge's ruling yesterday.

Attorney David Roland sought absentee ballot applications and envelopes in an attempt to show that state Representative Penny Hubbard (D-St. Louis) and other members of her family were winning elections by manipulating the law governing absentee ballots. The board flatly turned him down, but he didn't give up, filing a lawsuit on behalf of activists Bruce Franks, Rasheen Aldridge and Megan Betts to get the information.

He was victorious in August 2016, when St. Louis City Court Judge Julian Bush ruled for Roland and his clients, saying the board of elections had wrongly withheld absentee ballot info. While votes are not public records, Bush found, the envelopes and applications surrounding those votes are.

The decision directly led to Roland and his team uncovering evidence that proper election law had not been followed. That led to both Hubbards' victories being overturned — and Aldridge and Franks' political ascendency.

But the board will not pay for its initial intransigence.

While Judge Bush had called the board's reasoning “awkward at best and gobbledygook at worst," he is no longer handling the case. Appointed city counselor by Mayor Lyda Krewson, Bush left the question of potential damages for Circuit Court Judge Jason Sengheiser.

Sengheiser could have slapped each board member with a $5,000 fine and also forced them to pay Roland's legal fees. Instead, he ruled yesterday that they owed nothing.

In that, the judge quoted a past Missouri precedent: "Being wrong is not the same as knowing one is violating the law or acting purposely to violate the law."

"In this case," Judge Senheiser wrote, "it was not obvious that the statutory exception to the Sunshine law was inapplicable."

In a statement, Roland said the decision was disappointing — and would have consequences.