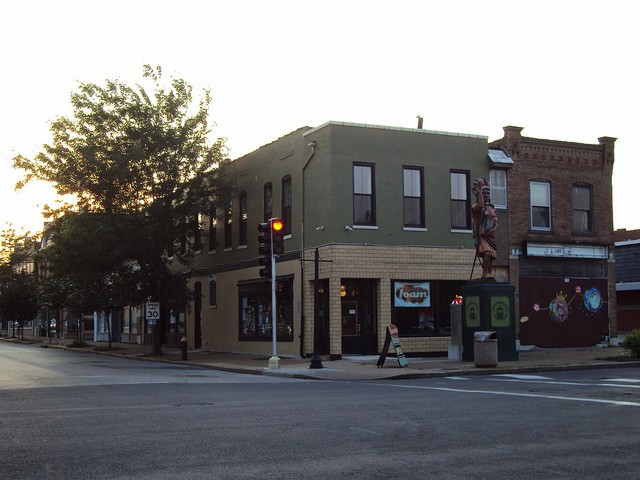 A police detective investigating a stolen car was hit with gunfire last night at the corner of Cherokee Street and Jefferson Avenue in south St. Louis.

Acting Police Chief Lawrence O'Toole said the officer, a 25-year veteran, was in his department vehicle around 1:21 a.m. when he was "fired upon."

"He sustained gunshot wounds to his shoulder," O'Toole told reporters at a 3 a.m. press gaggle outside Saint Louis University Hospital, where the detective was being admitted.

O'Toole said the officer, who is 54 years old, was in stable condition and that the investigation was "very active."

"As we get more information, we'll get that information out," he promised.

O'Toole said that other officers had also been in the area, and that they were able to quickly aide the wounded policeman. He said the detective did not discharge his weapon.

O'Toole did not have a description of the suspect last night.

Police have now issued a statement saying the officer himself was the victim of the vehicle theft — and that he'd previously loaned his vehicle to a family member.

As the victim/police officer reached the intersection of Iowa and Miami, at least two suspects emerged and fired shots at the officer, striking him in the shoulder. The officer fled to the area of Cherokee and S. Jefferson, where an “aid call” was broadcast. The victim/police officer was conveyed to a hospital by a responding officer, treated and listed as stable. The suspects remain at large. No officers fired shots during the incident. The Force Investigative Unit responded and the investigation is ongoing.