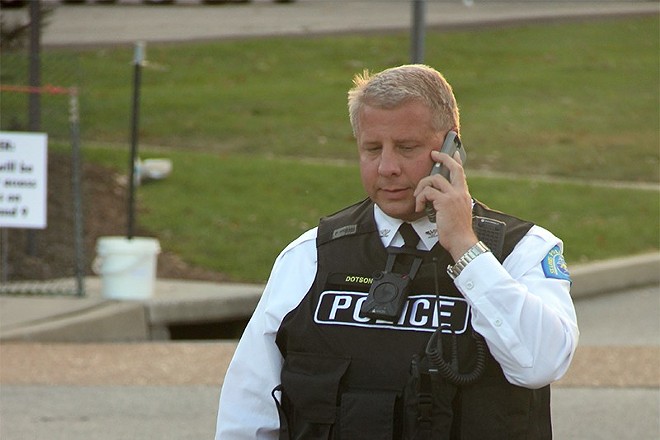 Former St. Louis police Chief Sam Dotson is a finalist for the job of top cop in Midland, Texas.

He is competing against two other candidates — Midland's deputy chief and the retired chief of Reading, Pennsylvania — to replace the outgoing chief, according to the Midland Reporter-Telegram.

Dotson served 23 years with the St. Louis Metropolitan Police Department, the last four as chief. He briefly ran for mayor during the last election before calling off his campaign. He abruptly retired in April after meeting with Mayor Lyda Krewson during her first full day in office.

As part of his departure, Dotson was given a one-year term as a consultant to the police department.

Dotson declined to comment about the potential job in Texas.

Midland, the boyhood home of former President George W. Bush, sits about 55 miles from the southeast border of New Mexico. The population has grown in recent years to an estimated 134,000 people last year. The police department has nearly 200 officers as well as about 50 civilian staffers.