This Awesome El Camino Got Stolen in Fenton Last Night 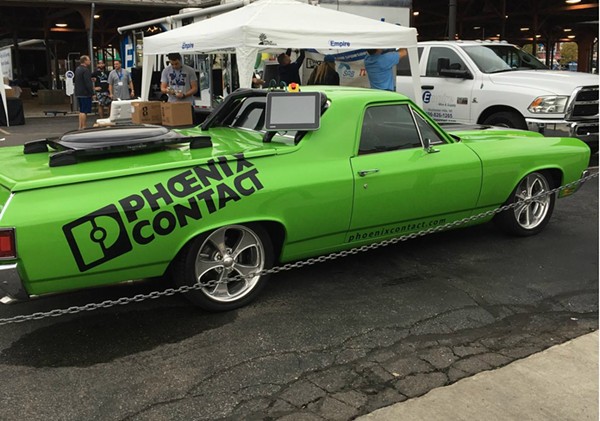 Someone has stolen a pretty sweet El Camino.

It's lime green, and some guys from an electronic tech company tricked it out to show off cool stuff they can do. Here's a video where a whole entertainment system rises out of the bed and unfolds itself.


This El Camino is hauled around the country in a trailer so people can see it at car shows. It's worth about $200,000. Last night, the car's handlers stopped at the Fairfield Inn, at 1680 Fenton Business Park Court in Fenton, on their way to another show. Somebody busted into the trailer and stole it, police say. It happened some time between about 7 p.m. yesterday and 5:15 a.m. today.

Now, somebody has this custom El Camino, and who knows what they're going to do with it? Where do you go with a lime green show car that has its own Facebook page?