Lab Deaths of Monkey, Rabbit Have Wash U Under Fire 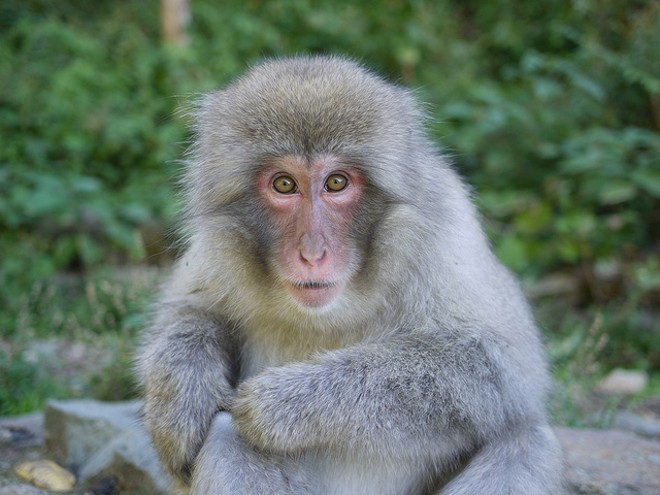 An Ohio-based animal advocacy group is calling for Washington University to take drastic measures after two research animals died in its care in the last year.

Last September, the university self-reported that a rabbit had died after undergoing surgery. The cause: hypothermia. The USDA, which monitors research labs, gave Wash U a critical citation for failure to provide adequate veterinary care.

Then, in June, a monkey called a macaque died after getting an MRI and PET scan — again, hypothermia was listed as one of the causes of death, as well as hypotension, wet lung sounds and "fluid in the endotracheal tube during the anesthetic procedure." The USDA issued the lab a repeat critical citation.

Now, Stop Animal Exploitation Now, also known as SAEN, is calling for the university to bar non-compliant staff from working with animals or publishing their findings.

In a letter to the university's chancellor, dated this morning, the non-profit writes,


This kind of fatal negligence must not be tolerated and must be prevented from EVER happening again. Failure to take definitive action against those connected to these protocols will significantly damage the credibility of all research conducted at Washington University.

Training and education for the bungling, incompetent, and unfeeling Washington University lab staff involved in these serious non-compliances is simply not sufficient. Their negligence killed animals and caused unnecessary pain in projects which were obviously anything BUT scientific.


"Even minimally qualified research staff would know enough to monitor animals during surgery to prevent conditions like hypothermia," SAEN co-founder Michael A. Budkie said in a prepared statement.

We reached out to Wash U this morning; we'll update this post if we hear back.

Washington University School of Medicine provided us with the following statement:

Animal research has been critical to the development of major medical advances that have saved or improved the lives of millions of people worldwide. The humane, respectful care and treatment of animals used in research studies is a top concern at Washington University, and we are committed to addressing deficiencies that led to two recent citations from the U.S. Department of Agriculture.

The rabbit died during a type of surgery in which an animal is euthanized before recovery from anesthesia. In this case, the rabbit died before it could be euthanized. At the time of the monkey’s death, lab technicians had just finished MRI and PET scans of the brain, and the animal was to be euthanized so the brain could be studied further.

Although the animals were under anesthesia when they died and did not suffer, the university’s animal care and use committee determined in both instances that lab personnel did not follow some of the committee’s animal care policies and parts of the research protocols. Specifically, the committee noted deficiencies in monitoring the vital signs of the animals and in record keeping, and a delay in notifying the on-call veterinary staff. Washington University voluntarily reported the incidents to the USDA as well as the National Institutes of Health, which funds the research.

During subsequent USDA inspections, inspectors reviewed the university’s reports and related records and determined that the university promptly implemented appropriate corrective actions. This has included retraining the researchers and laboratory personnel about animal care procedures, record keeping and the need to promptly contact the veterinary staff when complications or unexpected deaths occur. Washington University is grateful to the research animals that enable us to make tremendous strides toward improving human health, and we are working proactively to prevent future issues.