Yes, Missouri Is at Risk for a Serious Earthquake 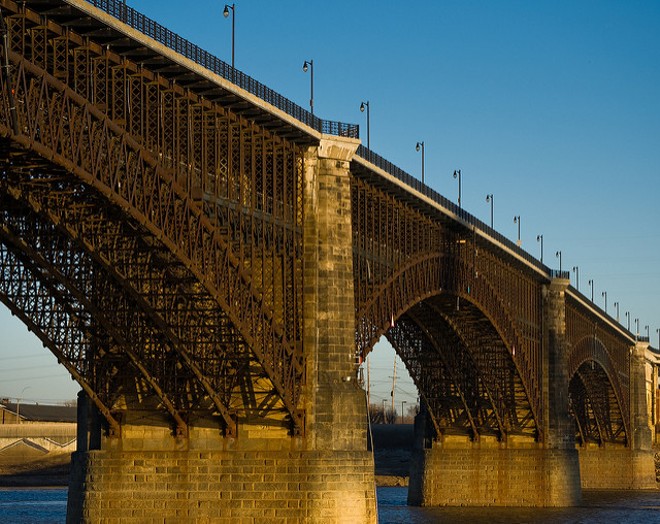 While most people associate earthquakes with the West Coast — a price residents pay for sunny beaches and L.A. glamour — here's a sobering fact: Missouri is also at risk for a major earthquake.

"Although the earthquakes in the Midwest are less frequent, their effects are wider," says Siavash Zamiran, a civil/geotechnical engineer at Marino Engineering Associates in St. Louis. "There is a lot of probability of another earthquake happening, but not much public awareness of that."

How big is that? The Loma Prieta earthquake, which famously interrupted the 1989 World Series in San Francisco, crumpling the upper level of the Bay Bridge, collapsing a freeway and causing 67 deaths, reached a magnitude of 6.9.

In other words: It's big.

The cause for concern stems from the New Madrid Seismic Zone — a major seismic zone between the Missouri Bootheel and Memphis, Tennessee.

But that doesn't mean you need to start packing for a safe space. Not yet.

Greg Hempen is a geophysicist who retired from the United States Army Corps of Engineers and now serves as a consultant for the Missouri Seismic Safety Commission. The commission is part of the Missouri State Emergency Management Agency, or SEMA.


"The greatest hazard is from the New Madrid in our area, but that doesn't mean every place in St. Louis will be equally devastated," Hempen says. "The principle threat to structures and residences is in the floodplains. Most people in the uplands should not be too adversely affected."

More than 200 years ago, New Madrid suffered through an earthquake from this seismic zone. The New Madrid Historical Museum, located in the Missouri Bootheel, has testimonies from people who experienced a series of three magnitude 7 earthquakes between 1811 and 1812.

One testimony is a letter sent by William Leigh Pierce to the editor of the New York Evening Post in 1811. It reads, "At New Madrid, 70 miles from the confluence of the Ohio, and on the right hand, the utmost consternation prevailed among the inhabitants; confusion, terror and uproar presided; those in the town were seen running for refuge to the country, whilst those in the country fled with like purpose towards the town. I am happy, however, to observe, that no material injury has been sustained."

Should another earthquake of that magnitude hit, however, the damage would be considerably worse than it was 200 years ago.

"People in 1811 and 1812 were mostly self-sufficient," Hempen says. "They built their own structures. If the structure was only damaged a little, they could repair it. If it was damaged a lot, they could stay with a neighbor until the community repaired it." Today, of course, our lives are more complicated — and our edifices more elaborate.

Masonry buildings, those made with brick and mortar, are the most susceptible to earthquake damage.

"We have some specific issues in St. Louis," Zamiran says. "One is that our buildings are more masonry buildings. So they are built with bricks, without any structural frames, without steel or concrete. They are very vulnerable."

Hempen, however, notes that he lives in a masonry structure that was built in the 1950s and has accepted the risk. While earthquakes are a concern in the region, Hempen says they are not the only hazard people should prepare for.

Two of the programs Hempen discusses are the Great Central U.S. ShakeOut and Map Your Neighborhood — both meant to educate people in the region about disaster preparedness.

Eight states would be directly affected by an earthquake from the New Madrid Seismic Zone. James Wilkinson, executive director of Central U.S. Earthquake Consortium, brings together emergency managers from each of those states. He says Missouri and the eight states he represents are fully engaged in earthquake emergency update with FEMA.

"Folks need to understand the earthquake is not a West Coast thing exclusively," Wilkinson says. "We have active faults, manmade and naturally occurring. It's important people take time to do research about where they live and the susceptibility they have to earthquakes. Just because there is a threat doesn't mean it has to be all encompassing."