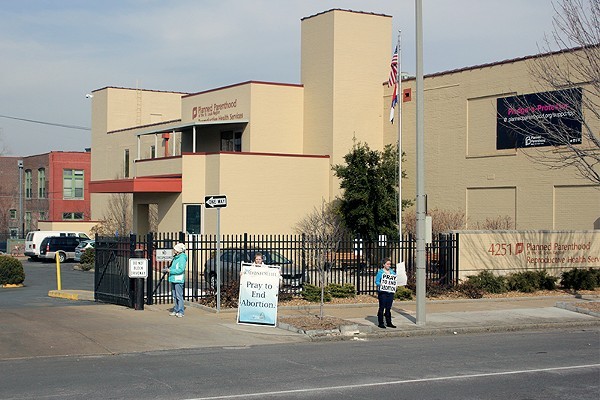 Last month, Missouri Attorney General Josh Hawley managed to halt the expansion of abortion access in the state by appealing to the U.S. Court of Appeals Eighth Circuit. Yesterday, however, the same court issued another one-sentence ruling on the matter — and this time the decision did not go Hawley's way.

In short, the court's panel of three judges decided to lift the temporary injunction that had prevented Planned Parenthood from moving forward with expanding abortion services. Now three additional clinics, starting with one in Columbia, are likely to start handling abortions shortly.

"The court today denied a stay that would have blocked access to safe, legal abortion, as required by the Supreme Court precedent," Planned Parenthood St. Louis CEO and President Mary Kogut said in a press release yesterday. "We will continue working with the state to obtain licenses in Springfield and Joplin so we can provide care to patients in southwest Missouri as soon as possible."

See also: Missouri's Access to Abortion Is About to Expand Dramatically

That victory will be felt by women who for years have been forced to travel long distances to St. Louis, where the Planned Parenthood location in the Central West End had long been the sole clinic in the state offering surgical abortions.

As we reported previously, the ongoing legal battle between Planned Parenthood and the state's conservative AG is proof that a 2016 U.S. Supreme Court ruling striking down certain Texas restrictions aimed at abortion clinics — the Court ruled the laws were an unconstitutional end-run tactic for shutting down clinics — has finally rippled into Missouri, where law books contain similar medically unnecessary requirements.

For years, those requirements — including mandatory hospital admitting privileges for abortion doctors — effectively shuttered abortion services in Columbia. Thanks to Monday's ruling, that clinic can now move forward with its plans to obtain a state license for surgical abortions.

Although the appellate court's ruling last month had halted the Columbia clinic's efforts, Kansas City's midtown clinic successfully obtained its abortion license before the ruling came down. The KC clinic is now offering medical abortions only.

"Today’s win is a victory for Missouri women who rely on Planned Parenthood for quality, compassionate care, including abortion," he said in a statement. "The last thing that should stand in the way of their access to sexual and reproductive health care is an extreme politician who doesn’t know the first thing about health care delivery."