Protesters: Our Only Real Demand Is 'Stop Killing Us'

For nearly two weeks, protesters against police abuse have marched across St. Louis, while even some of their supporters have wondered about the end goal.

"The response is always, 'So what do they want?'" Michelle Higgins told a crowd gathered Thursday night for a town hall meeting inside Christ Church Cathedral downtown. "We've heard it from Day One. It is, say it together, 'Stop killing us!'"

At least 200 people seated in the pews and standing along the walls shouted the last part. A later march along Washington Avenue turned tense during a short-lived standoff with police in riot gear, but the meeting at the Locust Street church was more of an information session with a Q-and-A with sympathetic elected officials.

The "People's Town Hall" was organized after Mayor Lyda Krewson decided last week to postpone a town hall until things quieted down following the Jason Stockley verdict, saying in a statement that she was listening to constituents via social media and email. Kennard Williams, part of Decarcerate STL and one of the event's presenters, said if the mayor really wanted to hear from people, she would meet them in person. 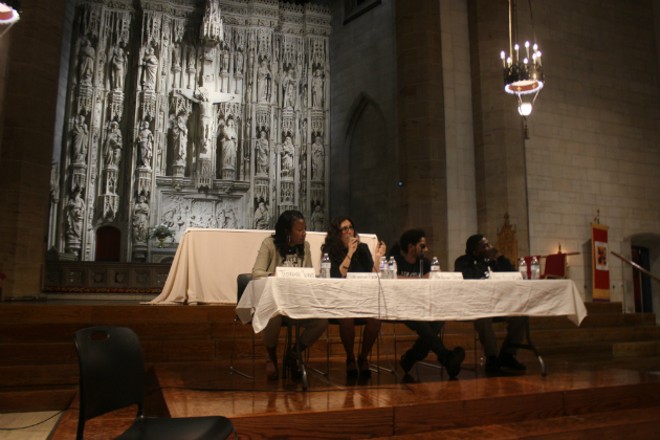 They passed out a list of demands, which include an audit of the St. Louis Metropolitan Police Department, the shutdown of the "workhouse" city jail, the resignation of Krewson and the removal of interim police Chief Lawrence O'Toole and Judge Timothy Wilson, who found Stockley, an ex-cop, not guilty of murdering Anthony Lamar Smith in 2011.

Jeff Roorda, the business manager of the police union representing city officers, also made the list: "And we demand, as always, that Jeff Roorda be fired."

Kayla Reed, founder of the St. Louis Action Council, said the list was designed as steps along the path to what protesters really want.

"We'll keep circulating the demands, but there's really only one," Reed said, rallying the crowd again. "And what's that demand? Stop killing us." 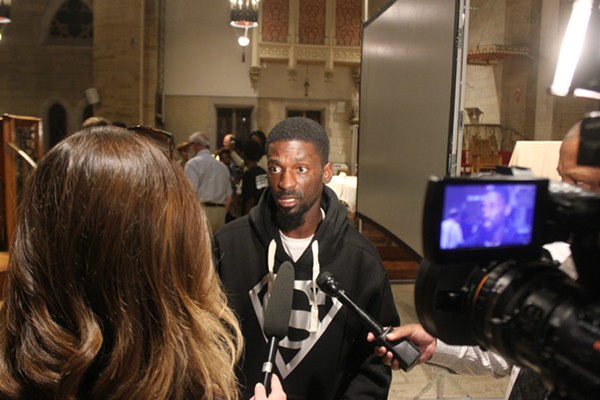 In the past, protesters have marched until government leaders have decided to invite them to negotiate, Franks said. But he warned this time would be different, arguing that the only way to force any real change is to consistently disrupt the status quo. The demonstrations have already made an economic dent, closing malls and prompting U2 and Ed Sheeran to cancel concerts.