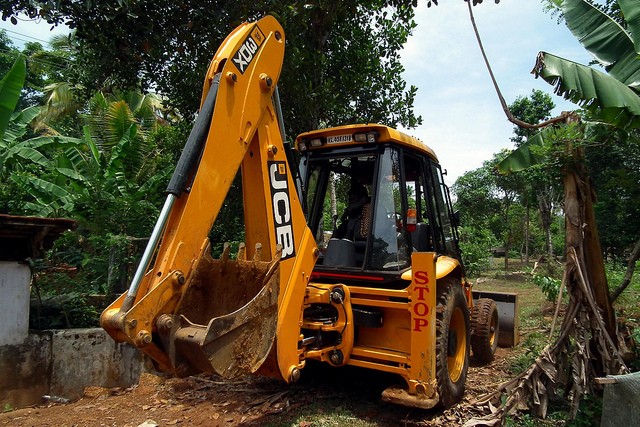 The federal government has filed suit against Floyd's Equipment, alleging the Sikeston-based construction company retaliated against a backhoe operator who complained about a foreman's use of racial slurs — first transferring him, and then firing him.

In the lawsuit, the U.S. Equal Employment Opportunity Commission, or EEOC, charges that a white foreman named Leonard "Butch" Nelson repeatedly used the n-word while on a job site. But when a biracial employee named Rodney Woodall complained to a supervisor about Nelson's use of the slur, the supervisor failed even to make a note about the issue.

The next day, Nelson sought out Woodall.

According to the EEOC,


Nelson confronted Woodall when he arrived at the job site and stated he would call him whatever he wanted and, if Woodall didn’t like it, he should find another job. 27.

Nelson also said to Woodall that he would call him “Oreo,” an offensive reference to Woodall’s bi-racial ethnicity.

Nelson then offered to fight, but Woodall refused. He again complained to his supervisor.

The next day, the company transferred Woodall — to a different job site where the work was more strenuous and where he no longer received a per diem. Less than a week later, when he called to say he'd be late, he was instead fired.

The EEOC alleges that even though the company had a three-strikes policy, Woodall had never previously been tardy. Other employees who had been tardy, but didn't complain about the foreman's misconduct, the agency notes, were not terminated.

"Floyd’s stated reason for Woodall’s termination – specifically, his tardiness on July 27, 2016 – is a pretext for unlawful race discrimination and retaliation," the agency alleges in its suit.