As Abortion Access Increases in Missouri, The Satanic Temple is Stuck in Court 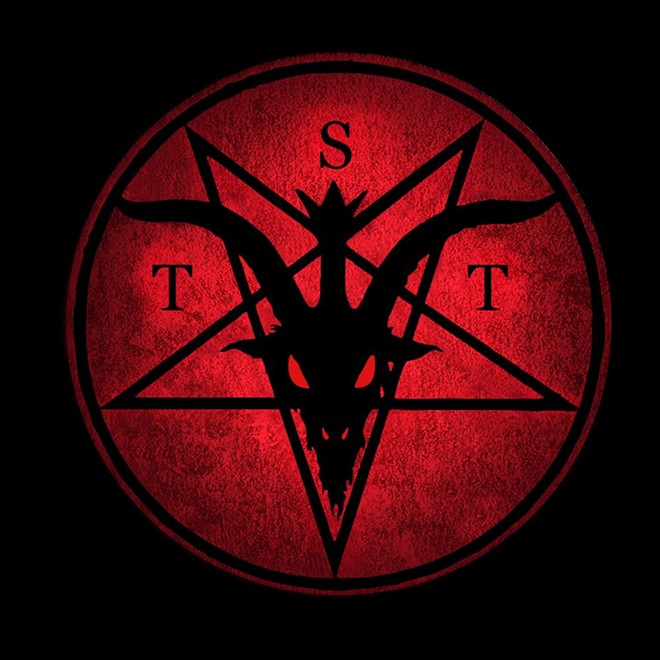 Despite recent reports claiming an unholy union exists between Planned Parenthood and the Satanic Temple, the recent gains for abortion access in Missouri have nothing to do with Lucifer — and everything to do with federal judges blocking unconstitutional abortion restrictions at the request of other parties.

And while a Salon story published Tuesday, "Abortion Access in Missouri Is Getting Easier, Thanks to Planned Parenthood and Satanists," has created quite a stir, the story doesn't actually advance the claim that the two groups are working in tandem. It's certainly a catchy headline, but it's objectively wrong.

Following Salon's lead, Breitbart leapt at the story this week as well, suggesting Planned Parenthood is "teaming up" with the child-sacrificing worshipers of the biblical pagan gods Ba'al and Moloch. Another site glibly wondered if the women's health organization had "found a friend in Satan."

The short answer, though, is that Planned Parenthood and the Satanic Temple are not friends. And as far as cooperation between the groups?

Putting aside hyperbolic headlines, the background on the Satanic Temple's advocacy in Missouri started in March 2015 with "Mary Doe," with a Greene County woman and self-identified Satanic Temple member who sought an abortion. With the state's only operating abortion clinic located in St. Louis at the Planned Parenthood clinic here, Doe was forced to make a nearly four-hour trip to the city by bus. She turned to the Satanic Temple to crowdfund her travel and lodging costs.

It wasn't just a GoFundMe campaign. With the help of the Satanic Temple, a then-pregnant Doe filed a lawsuit against the state to circumvent not only the mandatory 72-hour waiting period, but also the "ultrasound opportunity" and the required "informed consent" reading materials, which contain statements affirming that life begins at conception and that abortion "will terminate the life of a separate, unique, living human being.”

These requirements, the lawsuit argued, violated Doe's sincere, religious beliefs in the secular values presented in the Satanic Temple tenets. Among the tenets is the belief that a person's body is inviolable, "subject to her will alone," and, critically, that a non-viable fetus is not a person.

"When the state turns to her and says, 'Would you like to hear the heartbeat?' They’re preaching from the pulpit," says MacNaughton. "That’s an imposition. It’s not the business of the state to be a preacher."

The Satanic Temple's state lawsuit was followed by a federal suit that attacked Missouri's abortion restrictions on constitutional grounds. The lawsuit argued that the laws violated the First Amendment's Establishment Clause and Doe's right to free expression of religion.

In contrast to the Planned Parenthood's legal challenges, the Satanic Temple's lawsuits have pretty much gone nowhere. In August 2016, a federal judge dismissed the case because Doe, who was no longer pregnant when she filed the lawsuit, lacked standing. And in December, a Cole County circuit judge tossed the state lawsuit, rejecting the Satanic Temple's argument that Doe's religious beliefs were trampled.

The Temple appealed both lawsuits, and on Monday MacNaughton delivered the Satanic Temple's oral arguments in state appellate court. The federal case is expected to begin oral arguments later this month in the U.S. Court of Appeals for the Eighth Circuit. (Keep in mind that winning the appeals would still require the Satanic Temple to win at trial.)

Although the Satanic Temple has yet to notch a win in its ongoing court battles, the lawsuits could, theoretically, fundamentally change how the government treats "religious beliefs." The Satanic Temple is pointedly secular and disregards any supernatural claim in a living Lucifer. It's basically arguing that laws that protect a Christian's religious beliefs — such as those expressed in the famous Hobby Lobby case — should apply with equal force to a Satanist's beliefs about bodily autonomy. If the courts ultimately determine that Doe's beliefs in bodily autonomy were violated by Missouri's laws, the case would seemingly rip a constitution-sized hole in the efforts of state legislators to deter women from seeking abortions.

In the meantime, however, it's important to recognize that Doe's predicament in 2015 — living hundreds of miles from the nearest abortion provider — are in fact being addressed right now, thanks to federal courts and the dogged litigation and advocacy of Planned Parenthood. The devil, so far, has nothing to do with it.