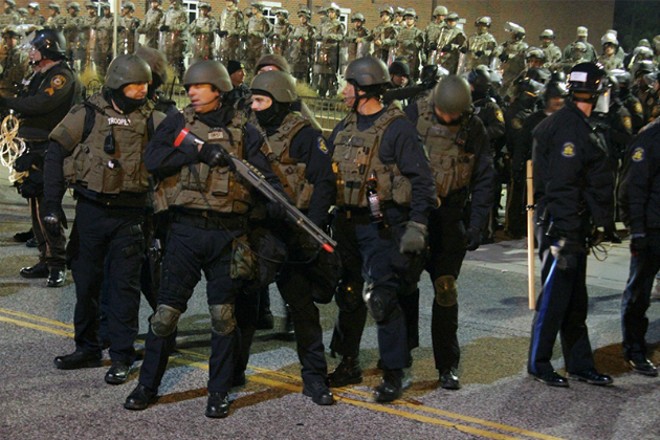 Greitens called the move a "necessary precaution," in a news release.

"As Governor, I am committed to protecting everyone's constitutional right to protest peacefully while also protecting people's lives, homes and communities," Greitens says. "Taking the steps to put the Missouri National Guard on standby is a necessary precaution."'

See also: Anthony Smith's Mother Asks, 'Why Is It Taking So Long?'

Stockley is charged with first-degree murder for killing Anthony Lamar Smith at the conclusion of car chase on December 20, 2011. The officer, who later resigned from the force, shot Smith at close range. He claimed during last month's trial that he saw Smith with a gun and feared for his life.

Prosecutors accused Stockley of planting the handgun that the officer claims he retrieved from Smith's vehicle after the fatal shooting.

Stockley waived his right to a jury trial, leaving the decision in the hands of Judge Timothy Wilson. Five weeks have passed since closing arguments in the case, and protesters have promised mass disruptions if Stockley is found not guilty.

Greitens, who has been critical of the way his predecessor, Jay Nixon, handled protests in Ferguson, says the Guard needs time to prepare should it be needed to "protect critical infrastructure and free up civilian law enforcement to protect people’s right to protest peacefully," according to the news release.

Update 3:05 p.m. The St. Louis Metropolitan Police Department has announced officers are switching to twelve-hour shifts on Friday in anticipation of a verdict. "We want to assure the community that our Police Department is prepared for any scenario. In [the] wake of an announcement, the department is committed to keeping our citizens updated and informed," police said in a statement.