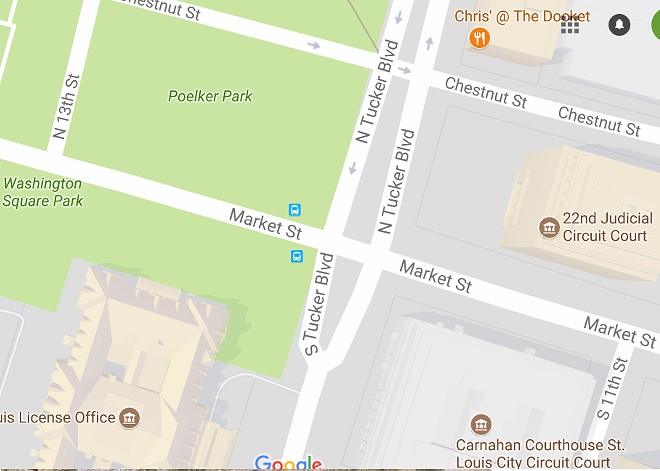 Mayor Lyda Krewson says police have designated a downtown park as a protest site in anticipation of a verdict in the murder trial of ex-St. Louis cop Jason Stockley.

A section of Poelker Park will be set aside for "people who want to exercise their right to free speech," Krewson said in a video taped message.

The park sits at the corner of Tucker Boulevard and Market Street. Carnahan Courthouse, where the verdict is expected to be delivered, is on the other side of the intersection.

Hoping protests remain in a pre-destined area may turn out to be wishful thinking on the part of city leaders, who have been coordinating with St. Louis County, the Missouri State Highway Patrol and the governor's office to prepare for demonstrations. Protesters have promised "mass disruptions" if Stockley is found not guilty.

Stockley was charged with first-degree murder for fatally shooting Anthony Lamar Smith at the end of high-speed pursuit on December 20, 2011.

Stockley's fate lies in the hands of Judge Timothy Wilson. After a month-long wait, Krewson says Wilson's verdict is expected in the "next day or so." She is urging a peaceful response, whatever the outcome, describing protests as "a cornerstone of our democracy."

"That said, law enforcement will do its job and follow proper protocols to stop unlawful behavior and de-escalate situations as needed," Krewson says. "Anyone intent on violence or vandalism toward people or property will be arrested."

City and county police are switching to twelve-hour shifts on Friday, and Gov. Eric Greitens announced today he has taken early steps to activate the Missouri National Guard.