Cherokee Street to Get Honorary Dedication as 'Calle Cherokee' 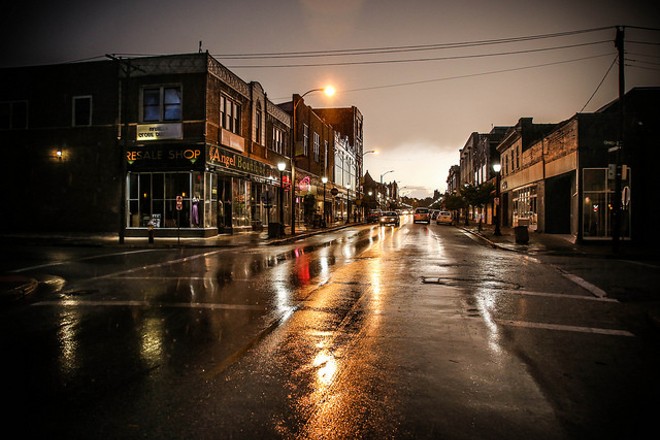 A stretch of Cherokee Street, long the main drag of the city's Hispanic and Latino population, is going to be dedicated as "Calle Cherokee."

The honorary name will be unveiled Saturday as part of a Mexican independence celebration.

“Since the 1980s, Hispanics have been growing their presence on Cherokee Street and surrounding areas – establishing successful businesses and sparking a new era of commerce for the street,” says Karlos Ramirez, president and CEO of the Hispanic Chamber of Commerce of Metropolitan St. Louis. “It is appropriate that a place already widely-identified as a hub of Hispanic/Latino culture be celebrated for its contributions to the community.”

The restaurants, bakeries, grocers and shops along Cherokee have helped knit together a distinct identity for the street even as it spans multiple neighborhoods.

And it's more than just the commercial district. According to the chamber, the number of Hispanic residents in Benton Park West, Gravois Park and Dutchtown has spiked in the past quarter-century. By 2015, more than 2,000 Latinos called the area home, a big increase from the 438 found there in 1990.

The Calle Cherokee portion of the street will extend from Jefferson Avenue to Gravois Avenue. The honorary name, which doesn't replace the official street name, is expected to be mounted on signs in the future. The chamber worked with the Cherokee Station Special Business District and Cherokee Street Business Association to make it happen.

Alderwoman Cara Spencer and Alderman Dan Guenther, who each represent parts of Cherokee, sponsored the resolution for Calle Cherokee. They're expected to join Mayor Lyda Krewson for an official proclamation at 7 p.m. on Saturday during Cherokee's celebration of El Grito de Dolores, which is part of the larger Fiestas Patrias.