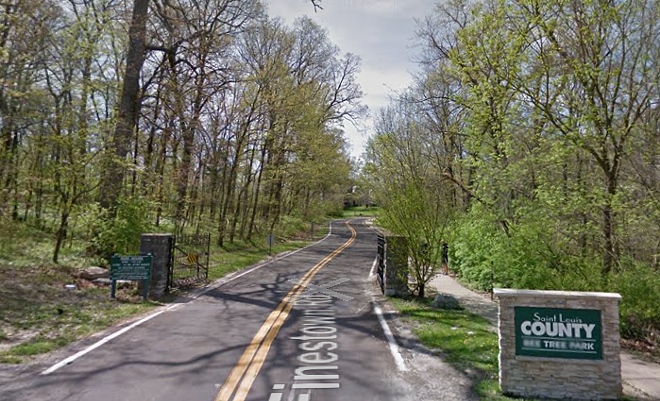 Hikers walking along the Mississippi River a week ago discovered a men's right shoe with a foot still inside, authorities say.

They found it inside Bee Tree County Park in the Oakville area of south county and called police at about 7:35 p.m. on September 4. St. Louis County police have confirmed it was a real human foot, but where it came from is still a mystery.

"Since the discovery of the human remains, several exhaustive searches have been performed on the area," police said in a news release. "The efforts include, but are not limited to, police canine searches, cadaver dog searches, water searches, helicopter searches, and article searches. The additional efforts have not yet revealed anything of value."

So police have a shoe — described as a red, "large size men's shoe," size 11-14 — and a foot, and no body. St. Louis County police spokesman Benjamin Granda says it was found on the western banks of the river and possibly floated to shore. It's not clear how long the foot had been there.