Six years ago, Patricia Maisch ripped an ammo clip from the hand of a gunman who had just murdered six people and wounded thirteen others, including then-Congresswoman Gabrielle Giffords.

The 68-year-old St. Louis County native was among a group of everyday citizens who on January 8, 2011, disarmed the deranged 22-year-old and pinned him to the ground until help arrived. Thanks to them, an unknowable number of people were spared that day in Tucson, Arizona.

By separating a mass murderer from his bullets as he tried reload, Maisch kept a tragedy from getting worse. She has worked ever since to make those kind of heroics unnecessary.

"It's about making an impact," says Maisch, who grew up in Oakville. "It's about saving lives."

The Notre Dame High School grad has become a fearless advocate for gun control legislation since the Tucson attack, using her experience in one of the country's most notorious mass shootings to lobby lawmakers for tougher laws, including more stringent background checks. On a recent visit to Missouri from her adopted home in Arizona, she met Representative Stacey Newman (D-St. Louis) for lunch at Pi Pizzeria in the Central West End.

Newman doesn't need to be lobbied. She and Maisch are already friends, as well as allies in the fight for gun control. They're part of a small, informal group of advocates from across the country — most of them survivors and relatives of victims of gun violence — who regularly talk online and by phone to support each other and plan new strategies. 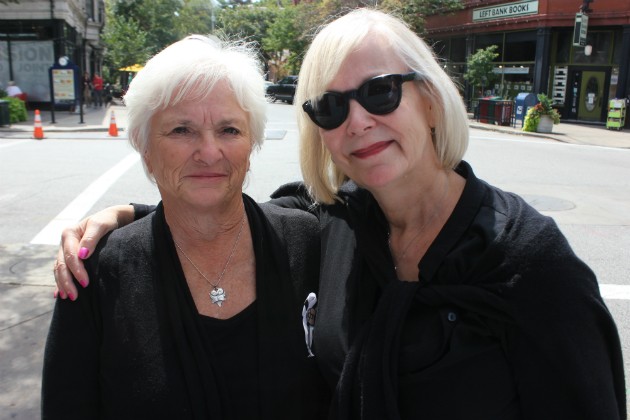 Two years after the Tucson shooting, Maisch was detained by police in Washington, D.C., for shouting "Shame on you!" at senators from the gallery. Lawmakers were considering new gun legislation prompted by the 2012 slaughter of twenty kids at Sandy Hook Elementary School, and Maisch was infuriated when even that horror of a mass shooting couldn't persuade a majority to act.

She was arrested last year in D.C. after she and other gun violence protesters staged a sit-in on the floor of the Capitol rotunda. She notes that the background checks police ran on her during those interactions were far more rigorous than anything done to keep dangerous people from buying guns in Missouri or Arizona.

Less than two months before the Tucson shooting, 22-year-old Jared Loughner, who had a history of mental health problems, was able to legally buy the semi-automatic Glock he used to spray 33 rounds into the crowd.

Maisch had arrived that Saturday for Gifford's "Congress on Your Corner" event outside a Safeway grocery. She was early, so she wandered inside the store to browse the sales. She had lost her spot in line by the time she returned, a slight change of position that she now thinks may have saved her life.

People were casually chatting when they heard the first shot.

"Other people thought it was a balloon popping," Maisch says. "But I knew it was a gun."

She looked up to see a figure coming down the line. She says she considered running north toward a Walgreens or west toward the parking lot, but ultimately decided running anywhere would only make her a target. She decided her best move was to lie on the ground.

Loughner was working his way forward, pumping round after round into bystanders. He killed six, including nine-year-old Christina-Taylor Green. Giffords was shot in head and barely survived. A woman next to Maisch, Mary Reed, was hit three times while shielding her daughter, who was a page for the congresswoman.

Reed survived, but Loughner was apparently preparing to reload. That's when two men from the crowd — Bill Badger, 74, and Roger Salzgeber, 61 — lunged forward and tackled the gunman. Maisch says the three of them landed right next to her. When she got to her knees, she was at the small of Loughner's back, and she could see he was pulling another clip from his pocket.

Maisch reached over and snatched it out of his hand. Badger and Salzgeber were still wrestling with Loughner, who was flailing with his legs to try to break free, so she made for his ankles.

They held him there until law enforcement arrived. Loughner eventually pleaded guilty to nineteen federal crimes and was sentenced to seven consecutive life sentences.

The three citizen heroes would later joke about who should actually get credit for making the killer whine in pain — Maisch with her knees pressing his ankles into the pavement or one of the guys who had him in a choke hold.

Regardless, Maisch credits the heroics to Badger and Salzgeber. Whenever she hears anyone argue the answer to gun violence is more "good guys with guns" she thinks of them.

"How do you know who the good guy with a gun is?" she asks. "In our case, we had two good guys without guns."

Badger, who was grazed in the head during the shooting, died in 2015 of pneumonia. The retired Army National Guard colonel was also an advocate for stricter background checks.

Each new shooting creates another bunch of survivors and advocates, Maisch says. They come from Aurora, Newtown and Orlando and dozens of others. She wears a necklace for Christina-Taylor Green, and her left wrist is covered in bracelets in honor of people who were killed. 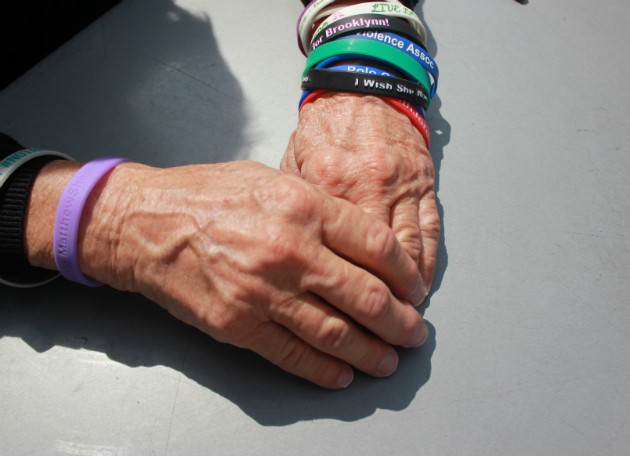