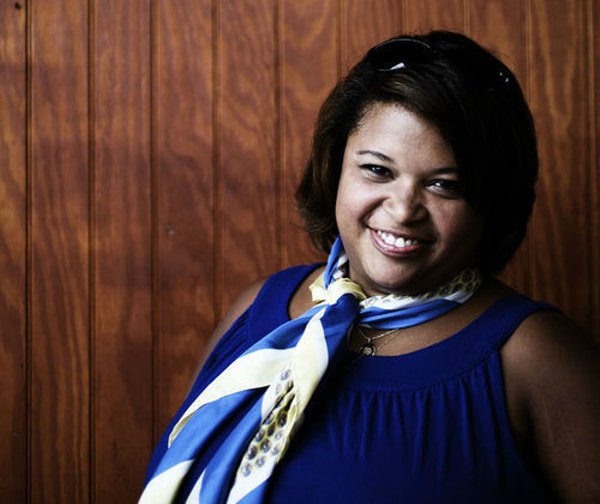 The outrage leveled at state Senator Maria Chappelle-Nadal (D-University City) over a now-deleted August 20 Facebook comment stating "I hope Trump is assassinated!" shows no sign of dying down. At a press conference this morning, Missouri Lt. Governor Mike Parsons called on the legislature to expel the senator during a special session.

Doing so would be an unprecedented move for the legislative body, and Senate Republicans would require cooperation from Democrats to reach the two-thirds benchmark required for an expulsion. But Parsons, a Republican, said that he's heard from "tens of thousands of concerned Missourians" who want Chappelle-Nadal booted from halls of government.

"The senator's attempt to hide behind weak apologies do not sway us," Parsons said, referring to Chappelle-Nadal's recent tour of contrition, which included a public apology to Trump and a sit-down meeting with "conservative megadonor" Foster Friess.

Despite her statements expressing regret over the Facebook comment, Chappelle-Nadal has strongly resisted bipartisan calls for her resignation. Democratic leaders have since stripped her of committee assignments, essentially freezing her out from the deliberative processes of lawmaking and making her a pariah in her own party.

During today's press conference, Parsons added that he has "no desire to sit in the same chamber with an elected official who has called for the assassination of the president of the United States."

Complicating Parsons' righteous grandstanding, however, is a roughly parallel controversy — also involving the word "hope" — brewing around state Representative Warren Love (R-Osceola). Love, a self-described "cowboy," responded to the vandalism of a Confederate statue in Springfield last week with a Facebook post, which he later deleted, stating that he hoped the vandals would be found and "hung from a tall tree with a long rope."

Love's comment drew condemnation and demands for resignation by Missouri Democrats and the Missouri Legislative Black Caucus. During the press conference, however, Parsons did not call for Love's resignation.

Instead, Parsons reiterated his "strong condemnation" of Love's "unacceptable remarks" and stated that Love needs to "face the consequences of his actions."

"However," Parsons continued, "it is up to the members of the House of Representatives to determine what the course of action should be."

Along with the fate of Chappelle-Nadal, Parsons is also asking the legislature to use the special session to restore funding for in-home and specialty nursing care services to some 8,000 Missourians.

It's worth noting that while the governor has the power to call a special session on a whim — which he has done already twice this year — the legislature has to muster a three-fourths vote in both chambers. And conducting those special sessions is not cheap, with a price tag of about $10,000 each day that lawmakers are actually present in Jefferson City.

According to a fact-check by KOLR10, the last special session, called by Governor Eric Greitens to address abortion issues, cost taxpayers $91,775.26.