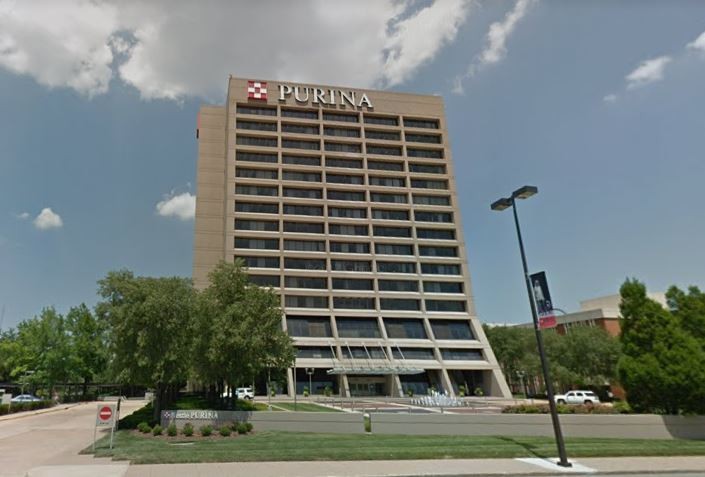 Editor's note: This story was updated after publication to include more information and comments from Nestlé Purina.

A cat named Tyson was "boiled alive" earlier this year when Nestlé Purina employees accidentally sent him through a scalding-hot cage washer, according to a complaint filed by animal rights advocates.

Tyson was apparently among a number of cats that were staying on January 6 at the pet food giant's facility at 1 Checkerboard Square on the southern edge of downtown. The cats are used in feeding studies, that gauge a variety of measures, such as digestibility and weight gain, according to the company.

On the day of Tyson's death, staff members put the cats in carriers to move them out of a room that needed cleaning, but when they returned the animals to the room, no one noticed the dark-gray adult cat was still inside one of the dark-gray carriers, according to a U.S. Department of Agriculture report.

Staffers then sent the carrier, with Tyson inside, through a high-heat washer.

"Upon completion of the cleaning cycle, the cat was found deceased in the enclosure," a USDA inspector writes.

The report was obtained by the Ohio-based advocacy group Stop Animal Exploitation Now!, also known by the acronym SAEN. The organization has filed a complaint against Nestlé Purina with the USDA, alleging the company has violated the Animal Welfare Act.

"Any minimally qualified person would know enough to act correctly to prevent this gruesome and unnecessary death," SAEN co-founder Michael Budkie said in a statement. "You count the cats when placing them back into an enclosure, and you take the time to actually look into an enclosure before it is sterilized. Purina staff missed this animal twice."

The company self-reported Tyson's death and has taken multiple steps — including changing its operating procedures and retraining staff — to make sure it doesn't happen again, according to the USDA report.

Company representatives didn't immediately return a request for comment. We'll update this post if we hear back. (Editor's note: The company has now responded. See the full statement below.)

The USDA report does not explain why the cats were on site in the first place.

We are deeply saddened that this unfortunate accident occurred. We are pet owners too and we care for all our pets. Their welfare is our top priority. We self-reported the situation to the United States Department of Agriculture and took immediate steps to ensure our procedures eliminated future potential for this type of accident. This included updating our process and re-training all employees.


A company spokeswoman also had this to say when asked why Tyson and the other cats were at the facility.


We have a passion for the well-being of pets. Our pets participate in feeding studies, including palatability and digestibility to help us understand how our foods affect a pet’s physiology, and to ensure our foods are as nutritious as they are great-tasting. Our top areas of focus are: healthy weight management, healthy early development, digestive health and healthy aging.