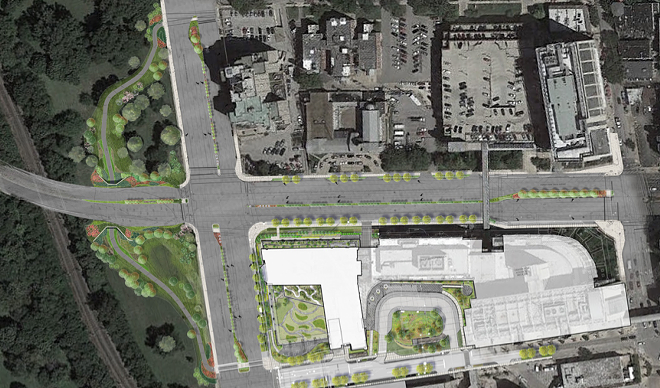 Today's the day for commuters who've spent the past nine months fighting their way around a traffic-clogging construction project at Kingshighway and Forest Park Parkway.

The remade intersection is set to reopen following a 12:30 p.m. ribbon-cutting ceremony.

Expect a pretty drastic change from the original crossroads. Forest Park Parkway used to dip under Kingshighway going out of the park before rising again in the Central West End next to Barnes-Jewish Hospital. It has now been raised to meet Kingshighway, creating a normal four-way intersection.

That means eastbound drivers on the parkway will now be able to make a left, and people on Kingshighway will be able to get on the westbound parkway. Both scenarios were impossible with the old setup.

Construction began in December, forcing traffic onto already busy roads like Skinker Boulevard on the west side of the park and generally making life miserable for people accustomed to shooting between the county and Central West End on Forest Park Parkway.

City and hospital officials, including Mayor Lyda Krewson and BJC Healthcare President Rich Liekweg, are expected to speak during the grand opening. The schedule calls for them to wrap it up about 1:15 p.m.