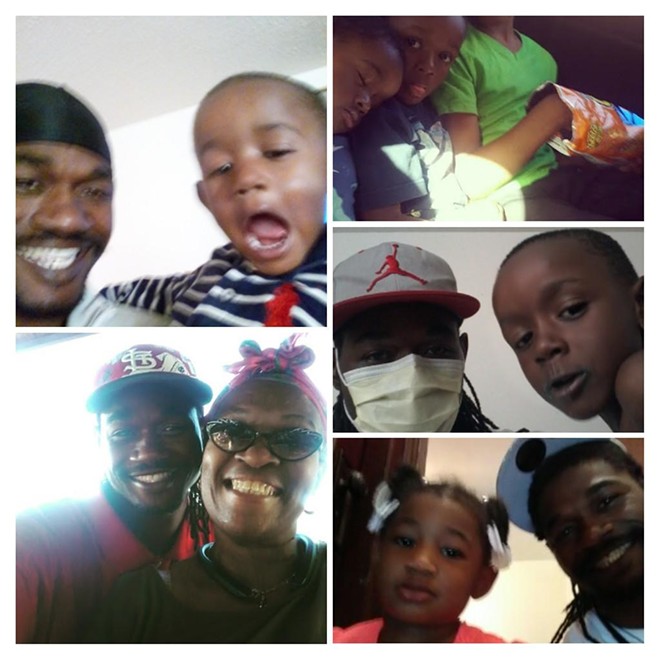 This summer my hourly wage went from $7.78 to $10 an hour, and I received an extra ten cents as a raise for becoming a crew trainer bringing me to $10.10. I was happy to receive a raise, but I couldn’t help but notice that workers and my city’s aldermen who fought for this raise recognized my worth more than my employer. Low-wage workers of St. Louis won me a $2 raise, while my billionaire employer only gave me ten cents for taking on the responsibility of training new hires.

But last week, I got a pay cut. The state preempted the city's minimum wage increase. As of Monday, I'm making $7.70.

I love being a father. I want to be able to provide them with anything they need, but I was still struggling on $10.10. Even that wasn't enough to support myself and my children, and as a result, I wasn't able to have my children stay with me. My coworkers and thousands of other workers understand that it takes a living wage to cover the basic necessities; a safe home for myself and my family, utilities, food, transportation, etc.

And now it's gone. When I heard that my raise would be taken from me, I was devastated. I felt disrespected as an employee and as a citizen of St. Louis.

I realized that corporations and corrupt politicians don’t understand or care what workers deserve and need. They treat us as disposable and worthless, even though our labor is what brings them profits. Even with the city’s lawmakers on our side, it wasn’t enough to make my boss do the right thing and pay a living wage.

That is why I’m determined to win union rights at my job, and for all fast food workers across the country. If I had a union at my job, it wouldn’t matter what minimum wage is. My coworkers and I would have the power to make improvements at our jobs, which would lead to better lives. Without a union, any raise we win can be taken away.

On Labor Day this year I will be joining other fast food workers, community leaders, and allies nationwide to confront politicians and corporations and put the demand for unions at the center of the national conversation. Union and non-union workers will unite to demand better for workers. We want justice on the job and in the streets, and we won’t stop until we win.

Ontario Pope is a local leader in the Fight for $15 who lives in St. Louis and works at McDonald's.

Editor's note: A previous version of this story incorrectly described Pope's wages before his employer gave him a pay raise. He was making $7.78/hour. We regret the error.