The sister-in-law of a mother who was killed with her sons is pleading for information in the mysterious quadruple homicide that shook north county late last week.

Carmen Steward says she has advocated against violence for years but still wasn't prepared for this level of tragedy.

"I never thought it would hurt this bad," Steward told reporters this afternoon.

Her family called police at 11:53 p.m. on Thursday after they couldn't reach 56-year-old Patricia Steward or her boys, twenty-year-old Joseph Corley and ten-year-old Terrence Dehart. Officers met relatives at the family's home in the 10400 block of Balmoral Drive, which is in an unincorporated section of north county.

Dehart, who was identified by law enforcement for the first time today, had recently been adopted by Patricia Steward. 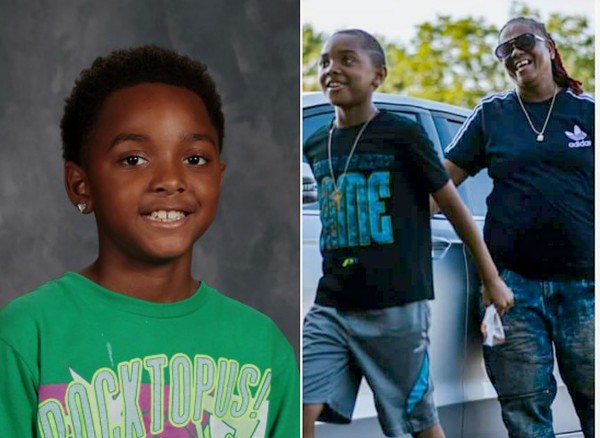 Patricia Steward hadn't shown up for work that Thursday, which was odd, her sister-in-law says. And when officers entered the house with family members, they found a grisly scene.

Spread across different rooms, they found the bodies of the mother, both her sons and Corley's friend, eighteen-year-old Deandre Kelley Jr, who had been visiting. All four had been shot with the same caliber of bullet. Police suspect the crimes occurred between 5 a.m. and 11 p.m. on Thursday.

Investigators quickly ruled out a murder-suicide, and police said at a news conference this afternoon they don't have any suspects and aren't sure if they're looking for one killer or if multiple people were involved. St. Louis police Lt. Colonel Ken Gregory says the house seemed to be in order and that investigators don't believe any of the four had any idea they were about to be attacked.

"These were people were pretty much true victims," Gregory says, adding he had never seen something so terrible in his 38-year career. "Something as horrific as this — no, I have not."

CrimeStoppers has increased the reward for information to $15,000 from $10,000. The organization's executive director, Lisa Pisciotta, says they've received few tips so far, and she's hoping the extra cash will persuade someone to come forward.

"If you've got a little bit of information, you've got to send it in," Pisciotta says. "It's a piece of the puzzle."