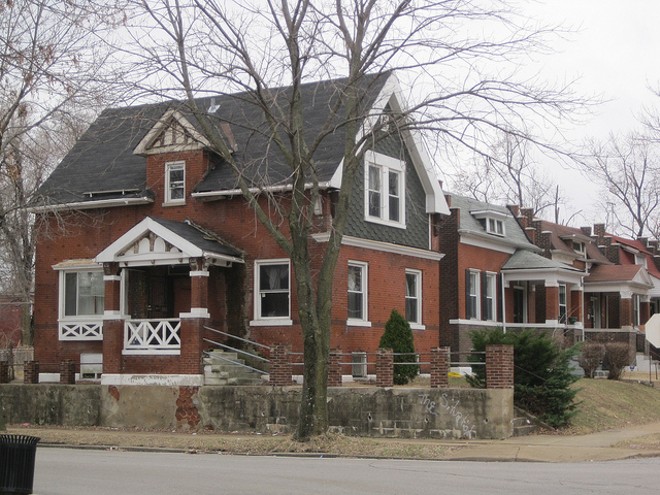 Across the nation, the gap between the percentage of whites who own homes and blacks who own homes has fallen — dropping 2.2 percent from 2000 to 2015.

But in St. Louis, that marker of inequality has only gotten worse. The gap between white and black ownership rates actually increased during that same period.

That's according to a new study by Apartment List, which found that the homeowership rate in St. Louis is 71.1 percent for white households, compared to 33 percent for black households. Hispanic households now show a 46.7 percent homeownership rate, while the rate for Asian households is 55.9 percent.

In St. Louis, the gap between white and black households grew 0.4 percent in the last fifteen years, the study found, even as the majority of major metro areas shrank that gap. In St. Louis, it now stands at 26.7 percent — the twelfth largest gap in the nation's 50 largest metro areas.

The gap is even wider in the metro area than in the state of Missouri; the Show Me State has a gap of 22 percent, according to the study, which relies on census data.

The authors write, "With these trends in mind, and with the country growing more diverse every day, it’s increasingly important to prioritize policies aimed at promoting homeownership among minority and low-income Americans to lessen inequality. For example, an emphasis on increasing diversity and integration at the neighborhood level has been shown to benefit poor and minority households. There is also a strong need for increased construction of affordable entry-level homes across the country."