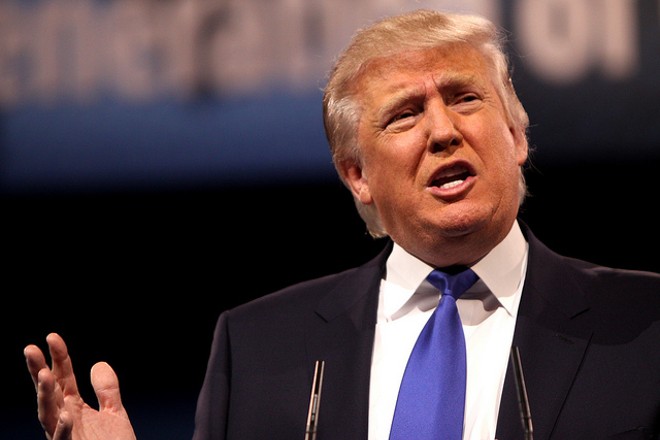 Donald Trump, who is President of the United States now because the world is a strange and unpredictable place, is coming to Missouri.

Bloomberg reports that Trump will come to Springfield on Wednesday to discuss a proposal to overhaul U.S. tax policy, citing an administration official familiar with the plans. A Missouri GOP official confirmed the trip to the Springfield News-Leader and said more details will be revealed once the plans are finalized.

Trump is expected to push broad ideas about tax cuts for the middle class, making businesses competitive to boost "job creation," and simplifying the tax code. Bloomberg reports that he is "not expected to set forth his own plan or many specifics," which should come as a shock to exactly no one who is familiar with Trump's freewheeling, off-the-cuff, obviously-making-it-up-as-he-goes-along style.

The last time Trump came to Missouri was for a debate with Hillary Clinton back in October — the one that brought Ken Bone into the public consciousness for about fifteen minutes. Before that it was in March 2016 for a campaign rally that this admittedly biased writer attended and dubbed a "nightmarish hellscape."

In other words, should be a pretty good time. Get the popcorn ready now.