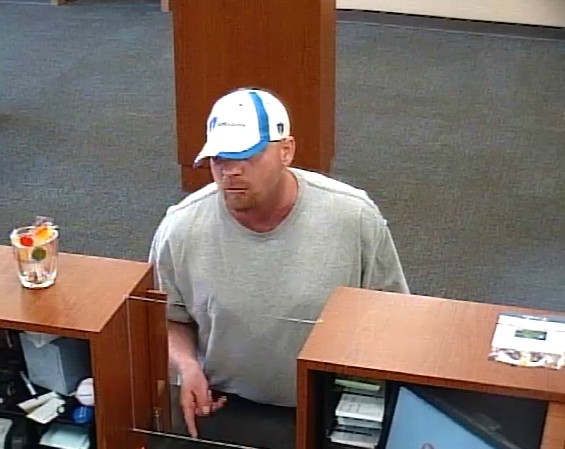 St. Louis County police are on the hunt for a bank robber after a midday heist in Affton.

The thief — dressed in a ball cap and dark shorts — walked into PNC Bank, 8930 Gravois Road, shortly after 1 p.m. on Thursday and claimed to have a hidden weapon, police say. The man took an undisclosed amount of cash and fled on foot.

Police estimate he's in his 40s. In clips from a surveillance video, he appears to have a goatee, and the gray T-shirt he's wearing looks like it has been turned inside out. 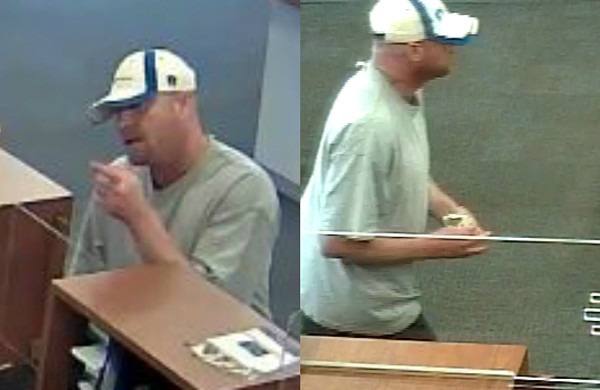