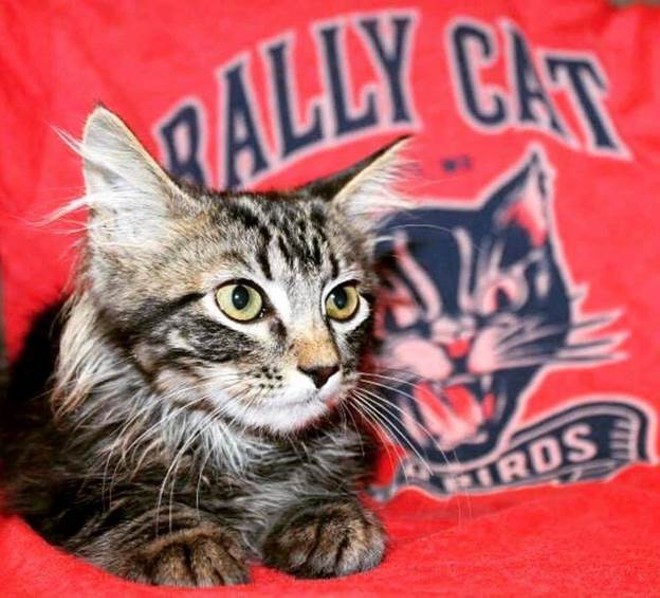 Rally Cat may have captured the hearts of Cardinals' fans, but the team cannot count on recapturing Rally Cat, says Albert Watkins.

The quotable Clayton attorney says he has been retained to help the St. Louis Feral Cat Outreach fight for the feline's best interests — and at this point, the nonprofit is not at all convinced that his future lies with the Cardinals' organization.

"While he will always be a Redbirds fan, he has to think about his future as well," Watkins says. "His working days in the playing fields of Busch Stadium appear to be over. ... Much like any custody battle for children the world over, what's important here is what's in the best interests of the health and welfare of the cat."

After Rally Cat streaked to internet fame on August 9 — running across the field at Busch Stadium, nipping a groundskeeper and then escaping into the night — the cat-centric nonprofit found him lurking in Citygarden and took responsibility for his care.

But the Cardinals, who had already announced a Rally Cat-themed night would take place September 10, seemed to assume the team would be taking custody going forward. A brief war of words ensued over social media last week, in which the feral cat organization called out the Cardinals' vice president of public relations, Ron Watermon, for his "bullying tactics" in treating Rally Cat's return to the team as a fait accompli.

That's when the organization retained Watkins. He now tells the RFT that he quietly reached out to the team, hoping to begin a conversation about the cat's needs and seeking to learn more about the conditions they'd be providing for him in the event of his return. He says he never heard back from Watermon.

He did, however, make contact with someone in the ballclub's legal department. At that point, Watkins says, the team requested a phone call between Cardinals president Bill DeWitt III and a board member of the feral cat rescue.

"The priorities of the Club appear inconsistent with the goals and mission of the St. Louis Feral Cat Outreach," he said in a press release issued this morning.

In the statement, Watkins says the organization will not bend — it's simply not going to turn over the cat to anyone who can't ensure his best interests.

And those interests, Watkins says, are different than those of the Cardinals:


The SLFCO is aware of the ability and desire of the Redbirds to commercially exploit Rally Cat. However, commercial exploitation simply must take a back seat to that which is right for this four legged furry creature.

.... At this point in the season, it appears there are other clumps in the kitty litter box which might better be addressed by any major league team.


Watkins says the cat is resting comfortably and is "circumspect" as he contemplates his future. While he'll always be grateful to the Cardinals, Watkins says, "He may be looking out for greener pastures — or redder pastures."

Watkins asks that those interested in assisting St. Louis Feral Cat Outreach get in touch via email at stlouisferalcatoutreach@gmail.com.