Two months after removal of the controversial Confederate monument in Forest Park, the city of St. Louis unceremoniously removed another tribute to the losing side of the Civil War — plowing up Confederate Drive.

The street was previously a paved loop through one corner of the 1,371-acre park, fully accessible to cars. But some time yesterday, city crews tore it up and plowed it under without fanfare.

But Koran Addo, a spokesman for Mayor Lyda Krewson, says the road's removal was "unrelated" to the monument's similar fate.

"This is part of the Forest Park master plan and has been in the works for a while," he writes in an email. "This is not a road that has great utility to the park, so a plan was made to remove it and replace it with green space." 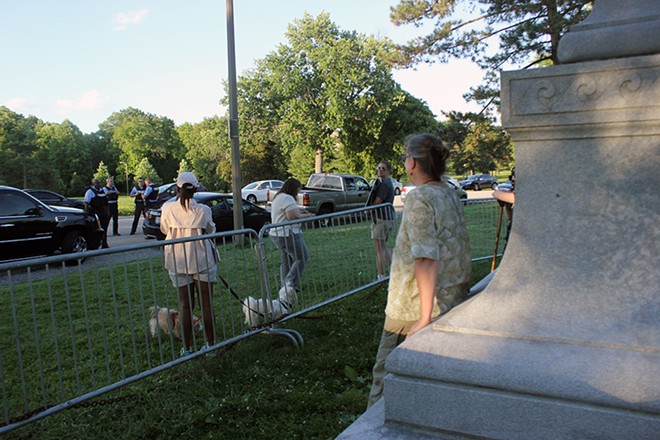 While Confederate Drive has existed for years, the street drew new attention earlier this year when Confederate monuments across the nation became a major flashpoint. St. Louis' monument, bequeathed to the city by the Daughters of the Confederacy in 1912, was suddenly in the spotlight — and so, indirectly, was the street it sat upon.

Operating at the mayor's command, city crews began removing the monument in May before being stopped by a lawsuit from the state's civil war museum. The city later settled the suit on the condition that the statue not be displayed anywhere in St. Louis city or county, and on June 29, the museum hauled away the last piece of the monument — a time capsule buried in its base.

Numerous streets throughout the area continue to be named for slaveholders, including Harney Avenue — whose namesake was accused of torturing and murdering a slave in 1834.

A committee on the city's Board of Aldermen had been contemplating changing the name of Confederate Drive to instead honor composer Scott Joplin.

But Confederate Drive went away more quietly than the various monuments throughout the land, and more quietly than the legal process in St. Louis to change a street name, which involves public hearings and letters from the affected aldermen.
Addo says the former roadway will be planted over within the next five to seven business days, weather permitting.

As an alderwoman, Mayor Krewson herself led a previous effort to rename Confederate Drive.

Two years before crews worked to plow the road while TV crews were miles away chasing the solar eclipse, the Post-Dispatch reported that Krewson pulled a bill she'd sponsored to rename the street "Cricket East Drive." Alderwoman Sharon Tyus had questioned why the street wasn't being renamed to honor a civil rights hero.

As the paper reported at the time, "Krewson said after the meeting that efforts had been made to completely close Confederate Drive in Forest Park. She said that if the street was renamed in honor of a person, it would mean the street may never close. Krewson said she would work with the aldermen, and perhaps consider another name." 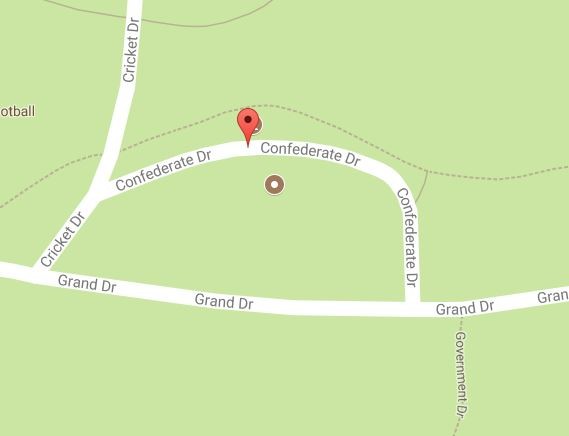