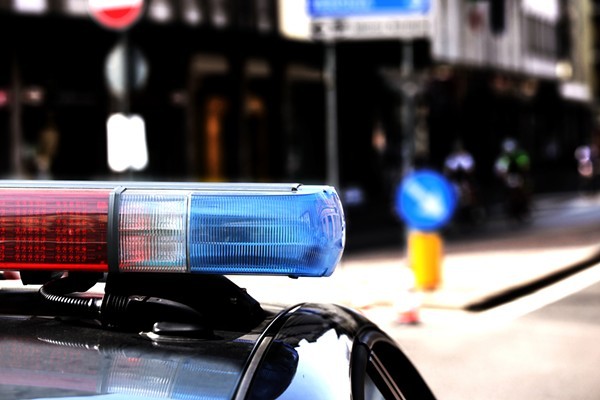 When a St. Louis police officer pulled over Alderman John Collins-Muhammad on August 14 on Natural Bridge Road, he let Collins-Muhammad go with a verbal warning for speeding — even though the alderman was also driving on a suspended license.

But after getting questions about the traffic stop, a police department spokeswoman says the matter has been given further review. Collins-Muhammad will be getting a citation for his suspended license after all.


The driver of the vehicle has since been contacted by the Department and informed that he will be issued a summons for driving on a suspended license. While officers can use discretion, the Department does not sanction the initial decision of the officer as it relates to this traffic stop. The Department has taken the necessary action to address this matter.

Was Collins-Muhammad given special consideration during the stop? Jackson says that, while the officer was aware that Collins-Muhammad is a city alderman, he did not ask for any special treatment.

Reached yesterday, Collins-Muhammad says he has a special placard on his car that allows him to park in certain places, which likely tipped off the officer to his status as an elected official. And when he opened his wallet to get his license, "You can see clear as day I have a badge from the city." But he says he did not ask for special treatment, and he doesn't believe he got any.

"In the city, the officers are much more relaxed about traffic stops," he says. "They have actual police work to do." The officer mentioned to him that his license may have been revoked, but that was about it. "He said, 'Just take care of it,'" he says. "That was pretty much it."

The suspension was news to Collins-Muhammad, he says. He noted two traffic citations he's gotten in the past, but he didn't seem to know about one listed in state court records that shows he was cited in Pine Lawn last September for driving on a suspended license. (That case is still pending in Pine Lawn Municipal Court, records show.) He says he later called the state Department of Revenue, per the officer's recommendation, to see about getting any outstanding fines cleared up. "I'm trying to fix that issue."

Beyond that, Collins-Muhammad, 26, says his past citations — and the ramifications they have on his license today — demonstrate what his constituents deal with on a daily basis with "excessive fines and excessive policing."

"I am my constituents," he says. "Nothing separates from me from them. Me being able to walk into City Hall doesn't mean anything when I'm on the road. The only difference is that now I have a desk to work on these issues from."

Collins-Muhammad was first elected to the Board of Aldermen this spring, filling the seat left open during Antonio French's run for mayor. He represents the 21st ward, which includes College Hill, Kingsway East, the North Riverfront, O’Fallon and Penrose.