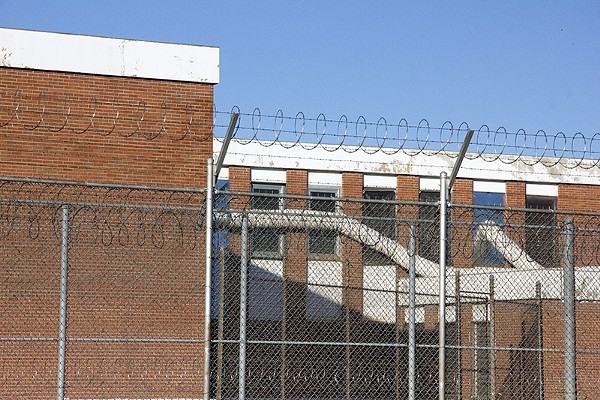 Each year, Missouri imprisons thousands men and women for violating the conditions of their parole — but a new class action lawsuit argues the parole revocation process is an "inscrutable and byzantine" journey that effectively drags parolees into the prison system while denying them of their rights to legal counsel.

The lawsuit, filed Monday in U.S. District Court by the Roderick and Solange MacArthur Justice Center, is the fifth legal attack launched by the civil rights group against Missouri's Department of Correction in the last eight months. In June, the center's lawyers revealed that a parole board member named Don Ruzicka treated parole hearings as a cruel game to bait prisoners into saying certain words, like "Hootenanny" or "Peggy Sue," to which Ruzicka had assigned point values.

Ruzicka resigned in disgrace shortly after, but this new lawsuit describes a system whose flaws go deeper than a single, sadistic board member.

"Parole revocation hearings in Missouri have been and continue to be a sham," the lawsuit alleges. Filed on behalf of six incarcerated plaintiffs, the lawsuit's defendants include MDOC director Anne Precythe and Kenneth Jones, the director of the Board of Probation and Parole.

To back up its assertions, the 36-page lawsuit cites data obtained from both the state department of corrections and federal reports to argue that Missouri's parole system is a machine that largely functions to rotate parolees back to prison.

For example: Although parolees are entitled to hearings in which they can contest violations, these hearings don't actually happen that often.

In 2015, the lawsuit claims, between 3,000 and 7,000 people faced parole revocation in Missouri. Yet, when MacArthur Justice Center attorneys reviewed a "random sampling" of 25 recent cases between December 1, 2016 through February 28, 2017, the numbers didn't seem to add up.

These numbers, the lawsuit contends, could only exist in a broken parole system, one where a parolee can be arrested for an alleged violation and spend weeks or months in jail before their case comes before a parole board. Even then, there's little hope: The board acts as a "rubber stamp" to send the parolee back to prison, the suit alleges.

And with their probation revoked, these former parolees could be spending additional months, or even years, locked up in local jails and state penitentiaries.

In a statement released Monday, MacArthur Justice Center Director Mae Quinn blasted the state department of corrections for failing to meet its constitutional obligations to parolees.

"Here we are in the 21st century running an assembly-line parole violation system that just pushes people back into our prisons without any real legal protections," Quinn said. "And yet such practices were rendered unconstitutional nearly 50 years ago.”

Again citing prison records obtained by a Sunshine request, the lawsuit claims that of the 600 parole revocation "proceedings" conducted by the parole board between March 20, 2017 through June 2, 2017, only six parolees were given the chance to dispute their alleged violations. The number of formal "hearings" conducted was much lower: According to the lawsuit, 250 parole hearings were conducted between March 2014 and March 2017, with 237 ending in revocation. In only three of those cases did the parolees have attorneys.

So, why are there are so many more proceedings than hearings? According to the lawsuit, the high number of "proceedings" indicate that officials are pressuring parolees to waive their rights to appear at a formal hearing. Even when hearings do take place, the lawsuit alleges, parolees are generally prevented from bringing witnesses or evidence on their own behalf.

The result is "the arbitrary imprisonment of thousands of people in Missouri prisons," the lawsuit claims.

One of the plaintiffs in the class action lawsuit is a 30-year-old woman named Stephanie Gasca, who was arrested for a parole violation in June 2017. Gasca was eight months pregnant at the time, and she purportedly spent several days in the Greene County Jail without pre-natal or mental health care.

The lawsuit continues: "The parole officer, who never mentioned anything about a right to counsel, led Ms. Gasca to believe that it was in her best interest to answer all questions and waive all formal proceedings... As a result of this conversation and her misunderstanding that she might be released on house arrest if she signed a preliminary hearing waiver form, Ms. Gasca did so."

This proved to be a disastrous choice. Instead of house arrest, Gasca was moved to the Women's Eastern Reception and Diagnostic Center in Vandalia, where she gave birth, by C-section, to a baby boy on July 11. She remains incarcerated today, the suit says. The baby is in the care of Gasca's mother.

Gasca's case is representative of thousands of others who are arrested for alleged parole violations, the lawsuit says, arguing that it is unreasonable to expect parolees to navigate a confusing system without attorneys at their side. Without a legal guide, parolees wind up making choices based in ignorance and intimidation, landing them back in prison for the smallest infractions.

However, appointing public defenders to parole violation cases would require resources that the state isn't currently equipped to dispense.

"There is no system or funds are in place to secure such an appointment," the lawsuit admits. "As a result, parolees in the State of Missouri are and continue to be subjected to MDOC parole revocation proceedings without the assistance of counsel to which many are constitutionally entitled."