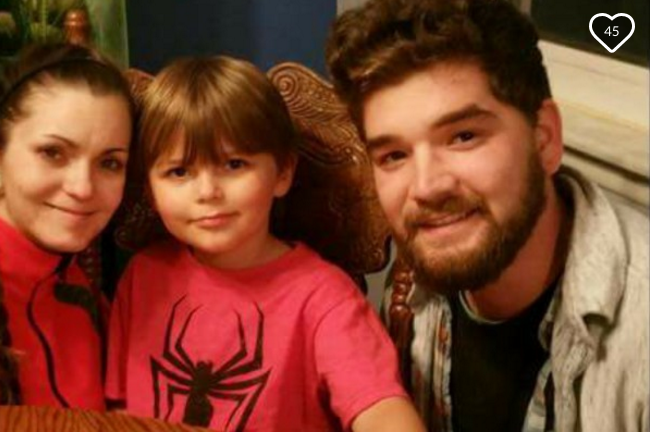 A delivery driver held up at gunpoint and then shot in the leg on August 8 needs community help, a new GoFundMe campaign says.

Vladimir "Rob" Greer was delivering Chinese food to a customer on Humphrey in Tower Grove South when two kids approached him. At least one had a gun — and after a brief scuffle, Greer was shot in the leg.

The harrowing incident was captured on surveillance video and later aired on KSDK. The station reported that it was the second such strong-arm robbery of a delivery driver in the neighborhood that week.

The crowdfunding page was put up by Riley Goodwin, who owns Riley's Florist in Soulard. Goodwin writes that Greer was a talented artist whose design was selected one year to appear on Soulard's Mardi Gras T-shirts. (Check out his work online here.) He also painted a mural at Riley's Florist.

Greer held four jobs at the time of his shooting, working for Riley's Florist as well as Dollar Tree, Joanie's Pizza and BoFung Chinese Restaurant.

Born in Russia, Greer was adopted by American parents at age six. Goodwin writes that his American mother recently died, "a crushing blow to this young man." Greer "moved to Soulard a few years back where he knew he would be welcomed with open arms and accepted for who he genuinely is."

The bullet exited through the back of Greer's pelvic bone, Goodwin told KSDK in a segment that aired last night.

Greer's injuries will make it hard to work for the foreseeable future. To contribute to his recovery, check out the GoFundMe campaign. Backers are seeking to raise $10,000.

Police have yet to make an arrest in the shooting.