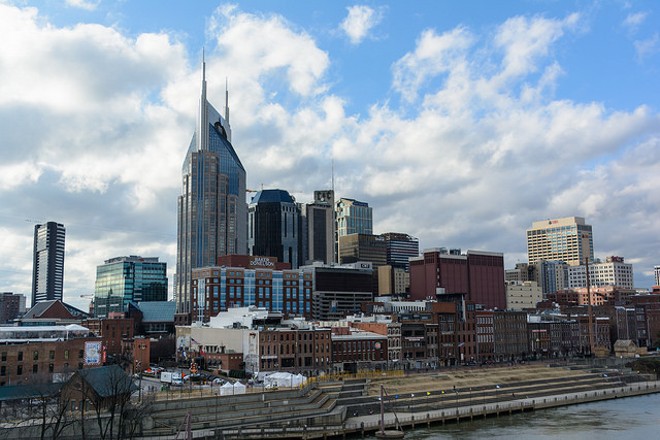 A whole lot of St. Louis renters would like to leave town, a new study says — and many of them have their eye on Nashville.

The study, published today by ApartmentList.com, surveyed 24,000 renters across the U.S. It found that 64 percent nationwide are planning to move to a different city — and that a staggering 82 percent of renters in St. Louis were planning to do so.

The St. Louisans surveyed provided a few reasons for their wanderlust. Thirty-two percent cited job opportunities, while fourteen percent said they were looked for increased affordability or concerned about safety.

Interestingly, St. Louis renters were more likely than anywhere else in the country to cite the school system as a reason for wanting to move. Eight percent of St. Louisans gave that as an answer. 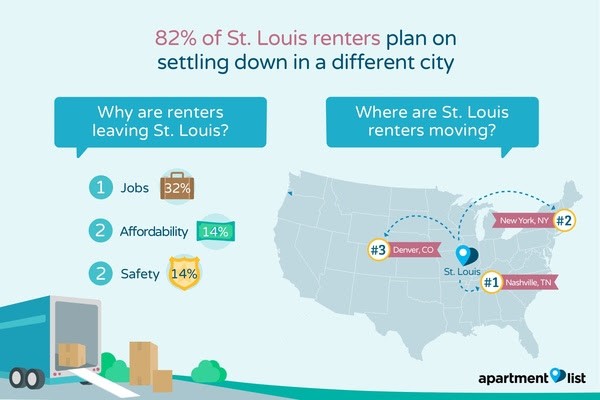 To get a sense of where those people are looking to move, ApartmentList analyzed searches people had made of apartments in cities other than their own. Those searches showed that St. Louis residents were most likely to be looking in Nashville, followed by New York City and Denver.

And while we're not bitter about people seeking to move — hey, everyone should try a different city at some point in their lives — we would like to add a note of caution for any St. Louisan concerned about affordability, yet casting an eye on New York City or Denver. Let's just say some of these would-be vagabonds may be in for a very, very rude awakening.

Check out the entire report online.